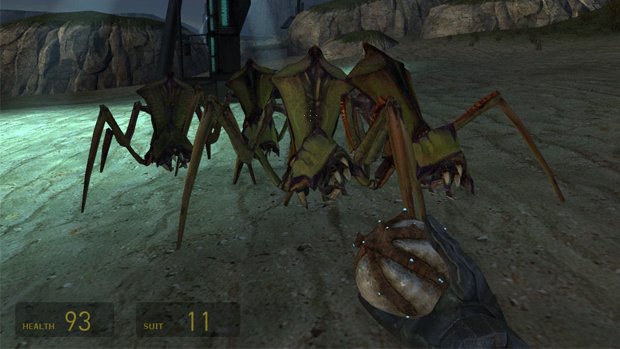 Now with even more terrifying headcrabs

Oculus Rift promises a richer, more immersive game experience, so pairing it with the monumental Half-Life 2 is a no brainier, right? Valve’s Joe Ludwig has done just that, adding Occulus Rift support to the game.

The Oculus Rift beta is currently only available through the SteamPipe beta (Valve’s new content distribution system). Ludwig says the current beta is “a bit more raw than [Team Fortress 2] was when it shipped” in March, citing a dim HUD and a faulty zoom UI. Hopefully these issues will get addressed before Oculus Rift support comes via an official patch in a few weeks.

With Half-Life 2 checked off the Oculus support wishlist, how about getting some cool space sims on board?