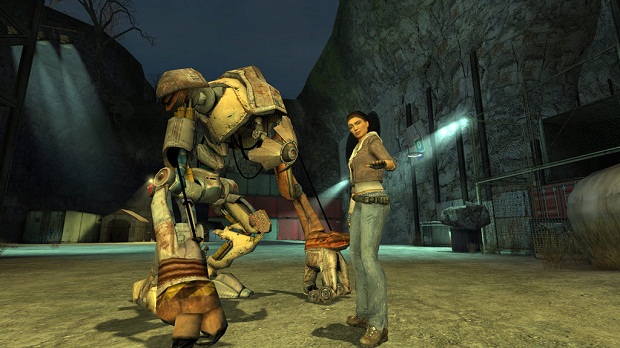 I really want to get my hands on an Oculus Rift headset as soon as possible; all this talk about accurate and non-vomit-inducing head tracking is leaving me really intrigued. Modder Nathan Andrews has jumped the gun and tweaked the Source Engine to support his own VR tracking mod.

Nathan’s mod allows weapon and head tracking, as you can see in the video, with some homebrew hardware similar to the early Oculus Rift prototype. Whilst this isn’t official Oculus Rift support, Nathan has said that he can modify official hardware APIs into his mod. Hopefully it would be a simple job to port this support into all Source Engine games; Left 4 Dead 2 with motion tracking? Yes please.