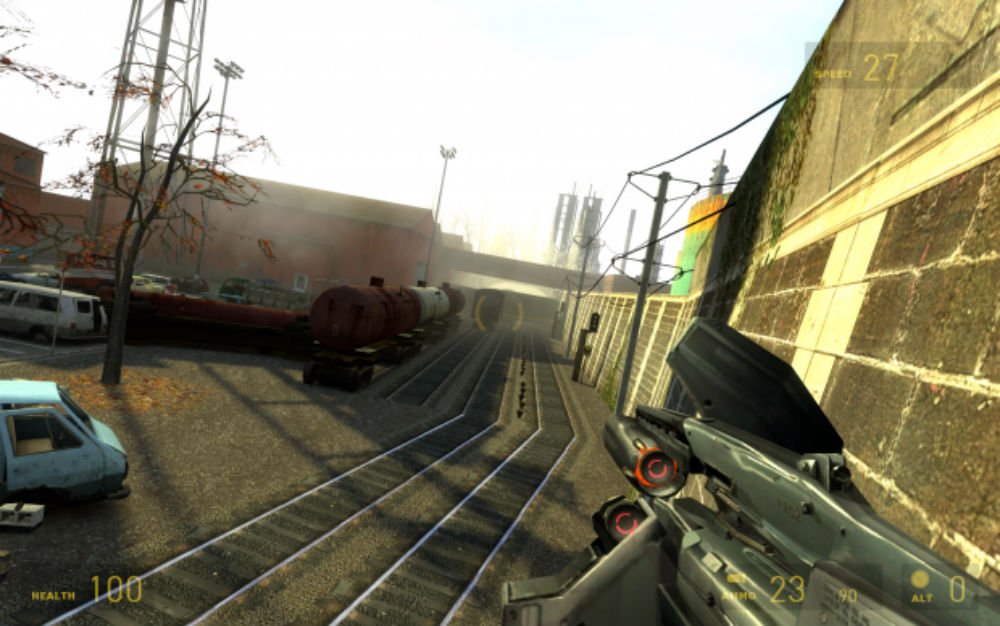 The 2004 game that will never die (and hosts sequel rumor talk every month) has gotten a considerable boost due to fan mods, and the Mobility Mod is no exception. Billed as a quicker take on Half-Life, it allows players to wall run, double jump, power slide, and ledge climb through the game’s 13 chapters.

It hosts its own miniature tutorial to acclimate you and allows for an unlocked field of view slider to boot. Should you choose, you can also configure just how powerful your slides, jumps, and runs are. This is the sort of stuff alt-speedrun dreams are made of.

The mod was actually released late last year, but has since entered a “version 2” phase as of this past week. Version 2 adds enhanced melee controls, reduces time-to-duck, and enhances console controls for more customization. You can get a good look at it below!