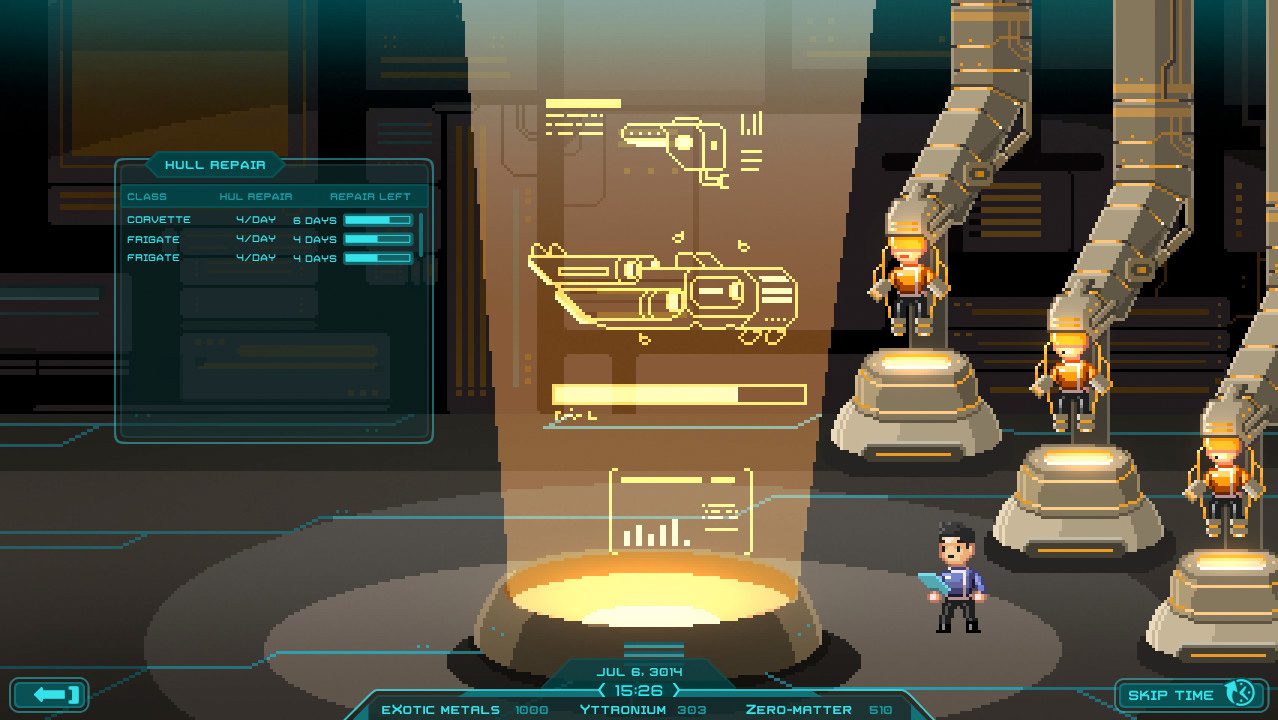 In all of the hustle and bustle of yesterday’s news about the Kingdom Hearts series exclusively joining the Epic Games Store, I neglected to post a reminder about this week’s library padder: Halcyon 6.

If you’re in the mood for space-faring exploits, base management, and turn-based battling, you may want to snag a copy of Halcyon 6: Starbase Commander while it’s free until February 18, 2021. It’s kind of a mishmash of big-brained 4X strategic thinking and a bit of FTL spontaneity, to sum it up.

Case in point, factors like your officers’ traits, your base construction, and your diplomatic prowess will generate “story events (often with multiple choice outcomes) that can lead to combat, time-related applied bonuses/negatives, officer attribute changes, or any number of crazy in-game stories.”

Halcyon 6 is the only freebie today, but next week, we’re getting two: Rage 2 and Absolute Drift.

As prolific as it is, I feel weird for having never touched the Rage series – well, more so the first game, which felt like a big deal in 2011. There’s probably no going back, but it’s not too late for the sequel.