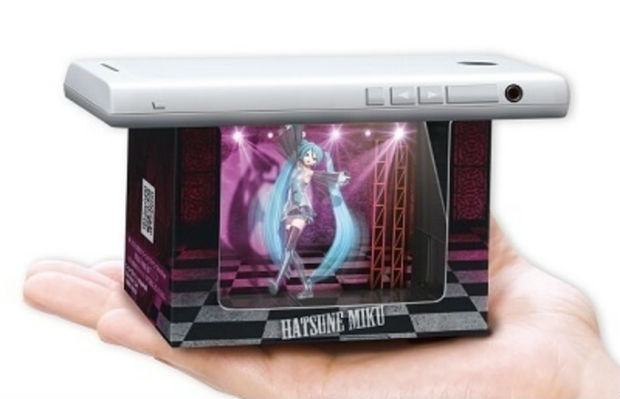 Just don’t get weird with it

The next set of Hako Vision boxes have been revealed, and they’ll feature virtual idol Hatsune Miku.

Hako Vision is a series of boxes that when opened up and assembled turn into a live “3D” rendering using the power of a smartphone, a quick video program, and some tricks of the eye. The series also previously took on the Gundam franchise. Each box will showcase one of four different songs. There are also two different bromide cards to collect and a pamphlet.

If tiny, eye-tricking, virtual pop stars are your thing, the Hatsune Miku Hako Vision boxes will go on sale September 19 in Japan. And I must admit they’re pretty awesome. I kind of want to check one out.