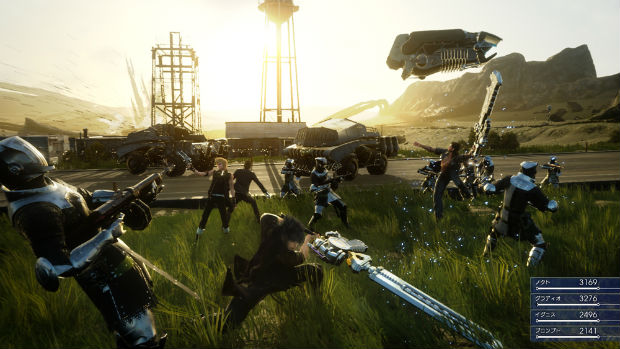 After the lengthy trailers and gameplay demonstrations of TGS 2014, Square Enix played host to a Final Fantasy Type-0 HD Extended Talk Show earlier this morning, during which Final Fantasy XV director Hajime Tabata was on hand to offer some additional information about the game that he didn’t get to at TGS 2014 — such as some fans’ concerns that you can’t actually play the game like it was assumed you’d be able to from the E3 2013 trailer.

Tabata spoke at length on the battle system, tech, and environments players will eventually come face-to-face with in Final Fantasy XV, as well as explaining that the “holding down the button” method for battle couldn’t be further from the truth — despite what it looks like, battle will not be relegated to button-mashing or simply pressing one over and over.

In addition, via the transcript of the stream posted over at Gematsu, Tabata explains that players won’t be able to switch between characters since it would be “too difficult,” and that there would indeed be an independent jump button.

It’s all quite interesting to take in, especially for longtime Final Fantasy fans. How will Final Fantasy XV end up? It’ll be a wild ride finding out.