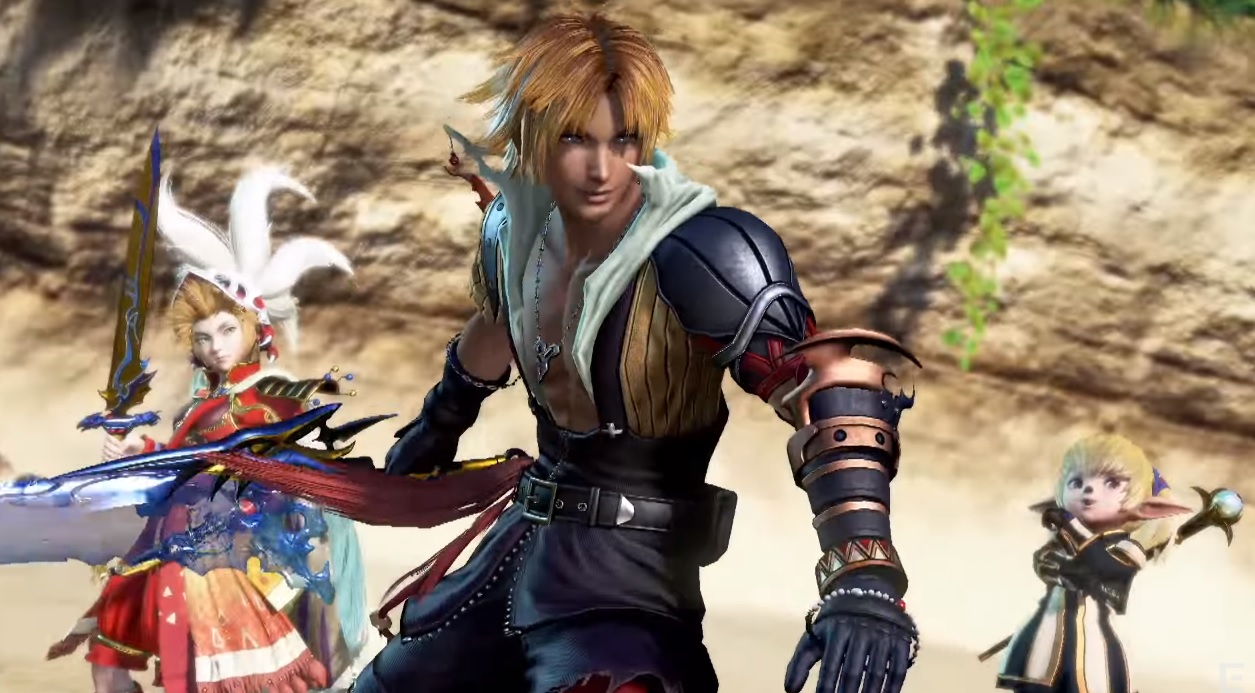 Tidus (Teedus) is kind of an awkward protagonist. X was the first fully-voiced Final Fantasy game, and Square really tried to force in some strange subplots and scenes meant to evoke emotion — instead, they ended up being weird in an uncanny valley-esque way.

But the game? Man do I love myself some Final Fantasy X. It’s easily one of my favorites of the series, and the battle system, post-game events, and soundtrack are excellent by any standard. Tidus is one of my favorite main characters from a pure gameplay perspective, as his speedy style and weapon choice (Caladbolg is one of the coolest Ultimate Weapons) are ace.

It makes sense that he translates well into Dissidia Final Fantasy, which is launching next week in Japanese arcades.