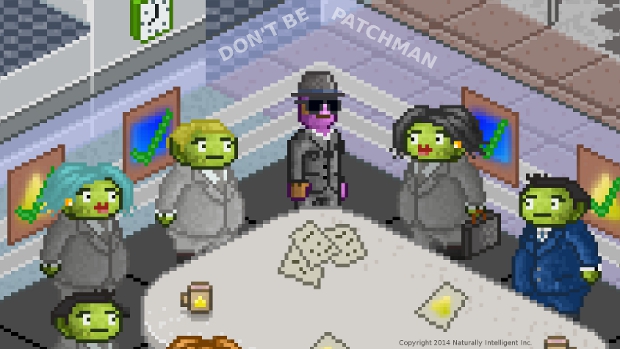 It makes less sense the more I watch

As I watched the first video of Don’t Be Patchman (below), I thought I had an okay feel for what it is. Plant apples, get an apple tree, shake it for more apples. Got it. I’m no Animal Crossing slouch. Next video, ladybugs are following Patchman as he plants flowers, drinks their nectar, and spits it up all over a house. Sure.

Third video, a commentary on consumerism and commercialism. Fourth video, dodging deadly floating drones in an office building and a rock quarry. What is this game?

The Kickstarter video above does a better job bringing all of the elements together, but it still looks like a weird experience. Don’t Be Patchman is seeking approval on Steam Greenlight, and is on Kickstarter with a base funding goal of $25,000.