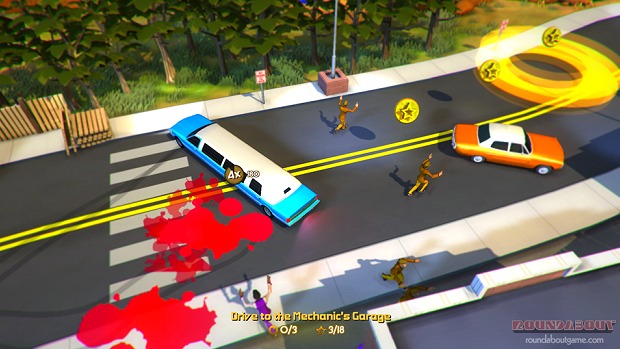 This is why I love videogames. Sure, I’ll play the big cinematic blockbusters and the charming indie darlings with a heartfelt story to tell, but sometimes I just want to do something absurd just for the sake of it. The next game that looks like it will satisfy that urge is No Goblin’s upcoming limousine racing game, Roundabout.

The thing that makes Roundabout unique is that the player’s limo is constantly rotating, regardless of the direction in which it is traveling, so its profile ranges from normal car width to the length of the vehicle from hood to trunk. What results is a bit of puzzle gameplay where the player must figure out how to time movement in order to navigate obstacles while avoiding collisions. If that description isn’t clear, just watch the video; it will all make sense after that.

Roundabout is currently on Steam Greenlight and is also set to be released on “select videogame consoles.”