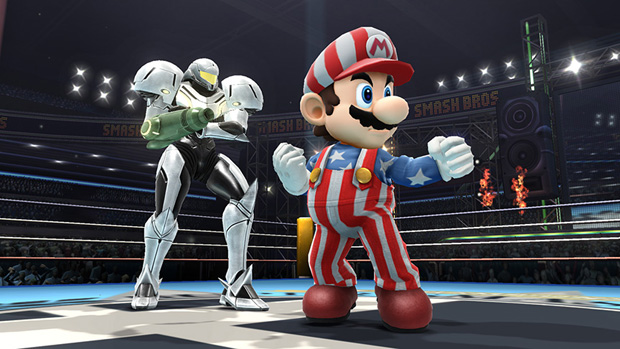 “The character farther in the back isn’t from the Imperial forces, and the character in the front is not the infamous drum-playing puppet in Osaka. No, Mario is actually wearing an outfit from Family Computer Golf: U.S. Course! NES Open Tournament Golf might be a more familiar title.”

Samus’ look is of course based on her Light Suit from Metroid Prime 2: Echoes. Again, I like it — but it’s kind of overshadowed by Mario’s getup. A true American hero, that guy.