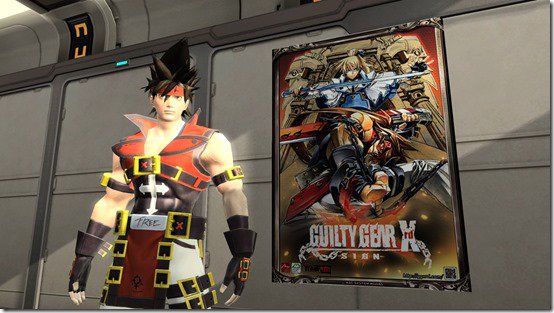 Back in July, BlazBlue invaded Phantasy Star Online 2. Now, Guilty Gear Xrd is getting a turn. Costumes for Sol, Ky (both male and female), Millia, May, and Elphelt are available as of the next update, scheduled for the fall.

I love these sort of wacky crossovers, I just wish the US would get an official Phantasy Star Online 2 client. Having played the original for years, I have dabbled with some workarounds, but a lot of my friends refuse to play it until it’s officially released. C’mon Sega!