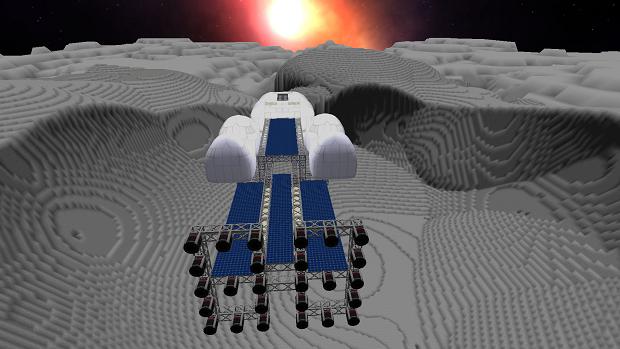 Minecraft in space isn’t exactly an original idea. StarForge showed up last year with impressive technology to back up that basic conceit and a greater focus on combat. Hadron’s Forge starts with some of the same ideas: collect minerals, build living structures, explore the universe.

What makes Hadron’s Forge unique in a galaxy full of sci-fi Minecraft clones is that it is being developed by a couple of former aerospace engineers, which is manifesting itself with more realistic gameplay components. For instance, players will mine real chemical elements, with their hoards catalogued in the Periodic Table of Elements.

Hadron’s Forge promises several modes, including story mode, survival mode, and sandbox mode. No release date has been given, but developer Arcane Logic is currently taking pre-sales and accepting applications for beta testers.