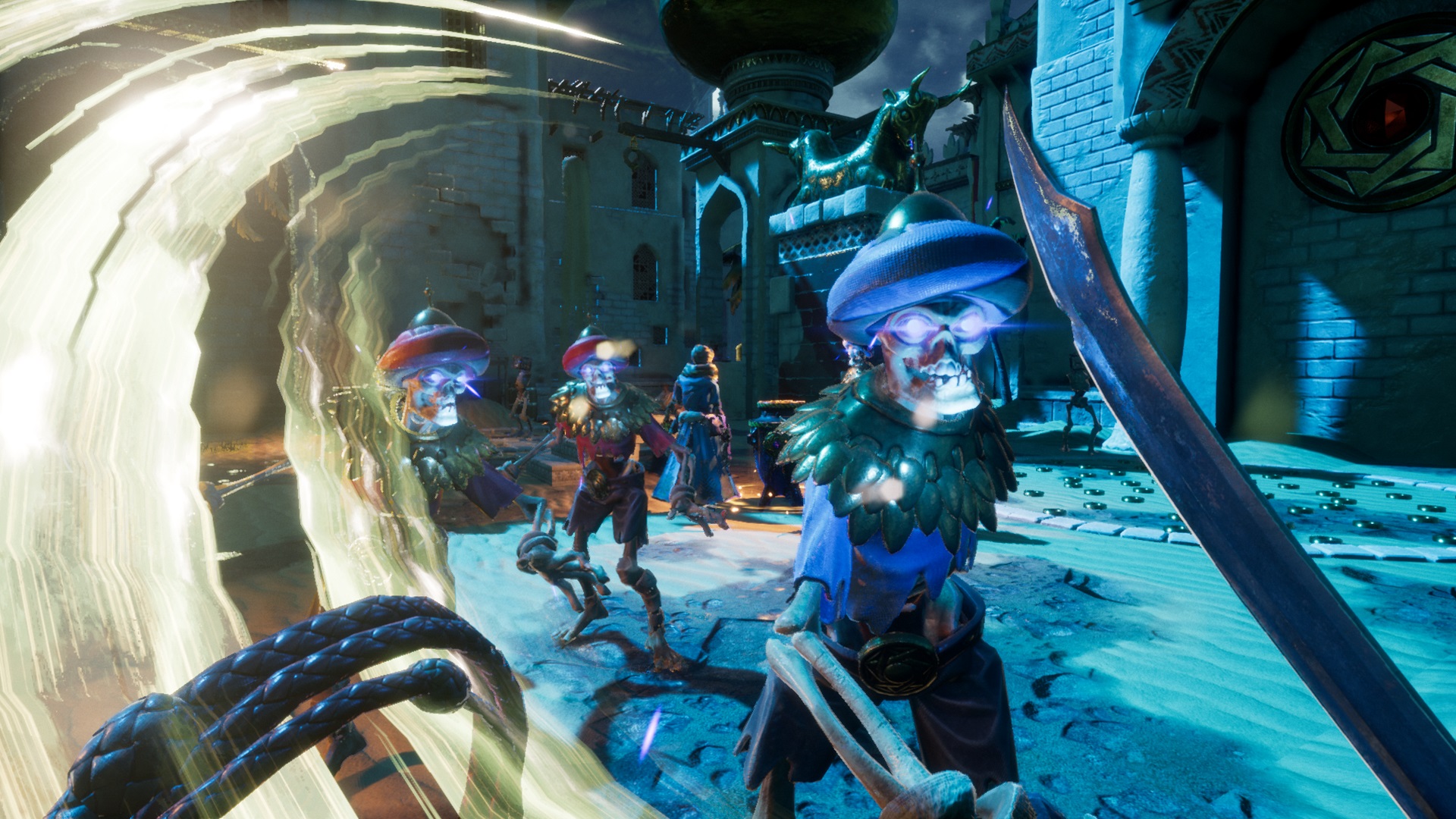 City of Brass is first person hack-and-slash rouge-lite from former Bioshock developers at Uppercut Games. The Arabian Nights-themed adventure has been in Early Access on PC since back in September, but the title will be launching on PlayStation 4, Xbox One, and PC in full on May 4, 2018.

I’d been following City of Brass from afar since it hit Early Access, but finally got some hands-on time with it when I dropped by Uppercut’s booth at PAX East and boy does that whip feel awesome.

City of Brass centers around making your way through the procedurally generated city and gathering loot you can use to upgrade your character while fighting off hordes of enemies. The game is split into 12 levels spread across four city districts. Each district features a distinct look and enemy types, and each ends with a unique boss. Defeating the boss clears the district, unlocking a checkpoint that lets you start a fresh run without having to fight previous bosses.

While each level is procedurally generated, the developers stressed that each run has some degree of consistency to ensure you’ll be encountering roughly the same number of enemies and to prevent traps and loot from being randomly clustered into a single area. 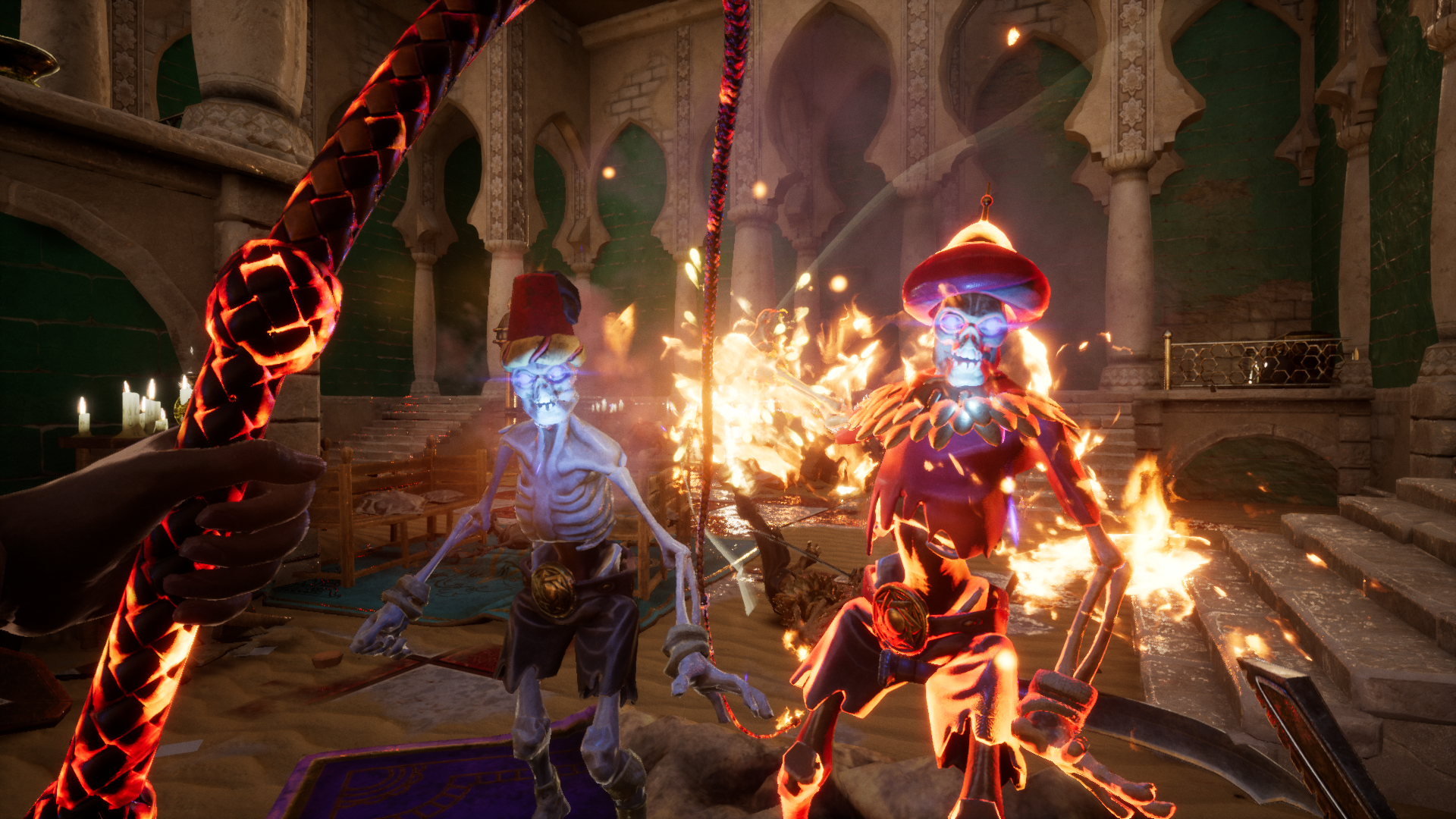 As you progress through the titular City of Brass you’ll be able to swap the gold you’re picking up for upgrades from the shopkeeper. You can grab new melee weapons to replace your sword, refill your health, or choose from a number of passive abilities. I only tried my hand at the starting sword and a bat-like bludgeoning weapon during my hands-on, but the real crux of combat is the whip.

I can’t think of another first-person game that makes use of a whip, but City of Brass nails the feel of it. The slight delay of the whip crack takes some getting used to, but once you get the hang of how it functions you can pull off some pretty handy attacks with it. The whip’s use is contextual, so if you attack an enemy’s foot you can trip them while aiming for the head will stun. You can also pull enemies and items towards you with the whip. 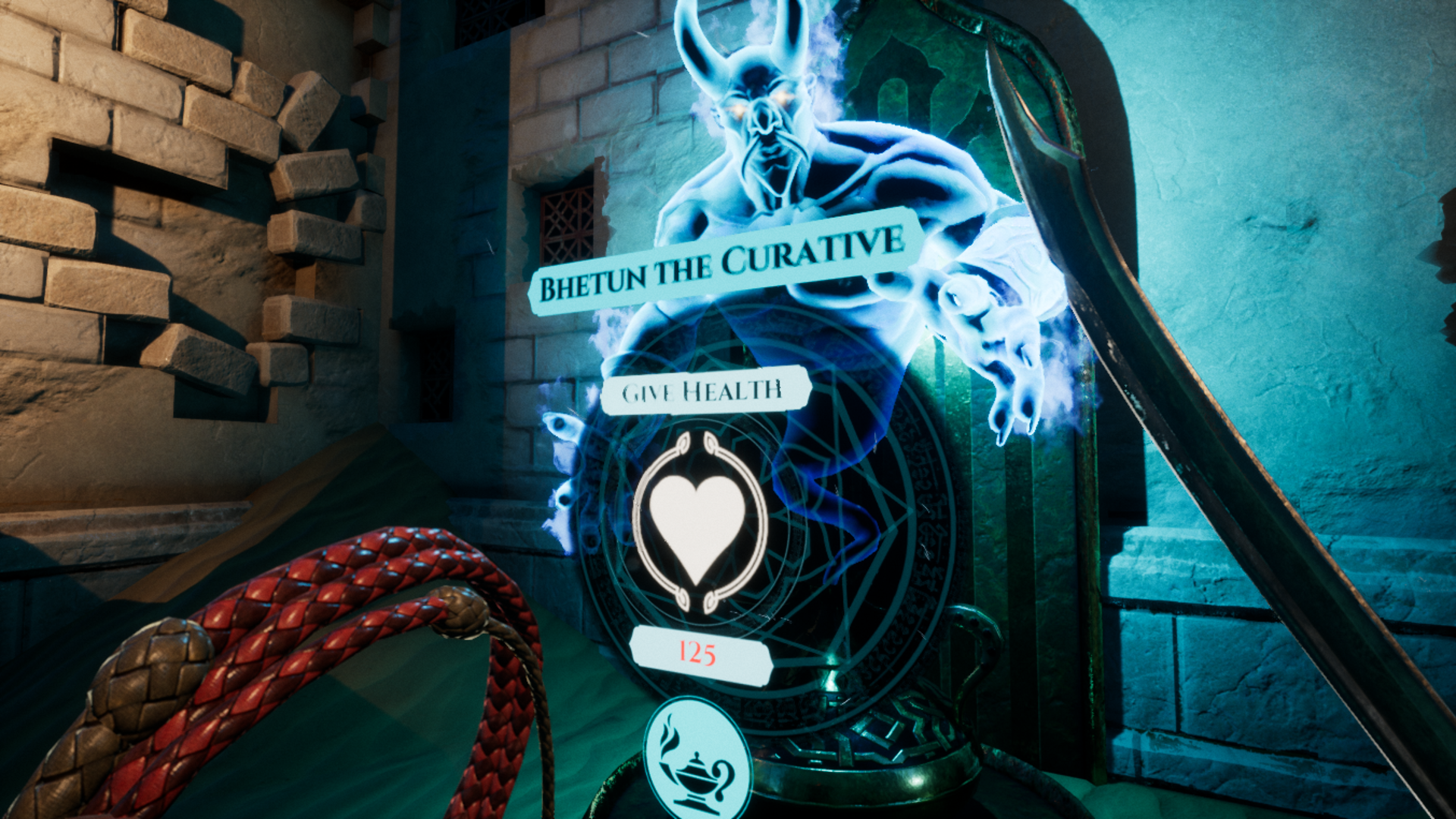 I’m eager to spend some more time with City of Brass when it launches next month. The look and feel of it are amazing, but I hope the procedural elements are impressive enough to keep me invested until the end.