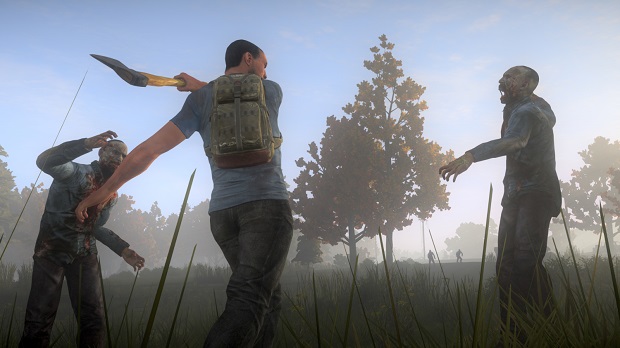 The developers refute the claims

H1Z1, Sony Online Entertainment’s zombie apocalypse survival simulator, has recently come under fire from its own community. On the day of its Early Access launch, many who had eagerly tracked the game’s development for months suddenly felt as though they’d been duped all along. And, predictably, they’re not happy about it.

The controversy stems from SOE’s long-running insistence that H1Z1 would not be “pay-to-win.” The developer told various outlets and message boards this since the game’s inception. Redditor teckademics collected a collage of some of the statements published.

However, many felt that the airdrops included in today’s Early Access version directly opposed this. Airdrops, which can be purchased with real money, can contain any variation of supplies including but not limited to: guns, ammunition, backpacks, and first-aid kits.

In a game where scavenging for resources is paramount, H1Z1‘s community (many of whom have already paid $20 or $40 in advance for it) largely saw airdrops as indication that SOE had gone back on its word that monetization wouldn’t change a player’s chances for success. Many felt that they had been led to believe that the only benefit of paying real-world currency in-game would be for character customization.

The outrage prompted SOE developers to take to reddit to offer a rebuttal. In the lengthy explanation, SOE insists that there are several components to airdrops that keep them from being pay-to-win. Among them, airdrops attract several zombies, any player on a server can swoop in and take supplies, airdrops aren’t available until the server is one-quarter full, and there could be nothing of value in any given airdrop. This, in SOE’s eyes, justifies their existence as a paid event.

Obviously there’s quite a disparity between the feelings of SOE and a loud portion of the H1Z1 community. Regardless of anyone’s position on this particular instance, it serves as a fine reminder of the perils of Early Access. Always be cautious when you’re investing in a game that’s still in development; you never know what you’ll actually end up getting.

Streamer just called in an airdrop. It dropped right above him with weapons, ammo and a backpack. This game is pay2win [reddit], Airdrops [reddit]