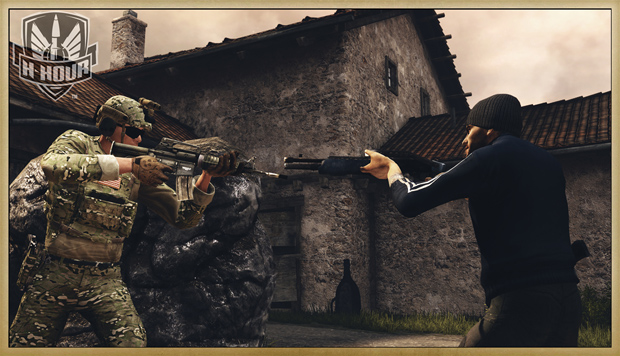 To some people, H-Hour: World’s Elite will look like a real fun time. Can’t say I’m one of them because, well, team-based military shooters scare me. I can empathize with every single soldier killed in this video. If I were playing, that’d be me: dead. Poor fool didn’t stand a chance.

For folks who like their shooters tactical, H-Hour is perhaps the next best thing to an HD re-release of the old SOCOM titles, though do note that, as described in the original (successful) Kickstarter pitch, this game is not an attempt “to simply deliver the past in a prettier package.” Rather, the developers at SOF Studios hope to build what feels like a proper spiritual successor.

Can they pull it off? Brave souls can find out soon enough — H-Hour launches on Steam Early Access on April 21, 2015 ahead of an eventual PlayStation 4 release. Also, prettiness is relative!