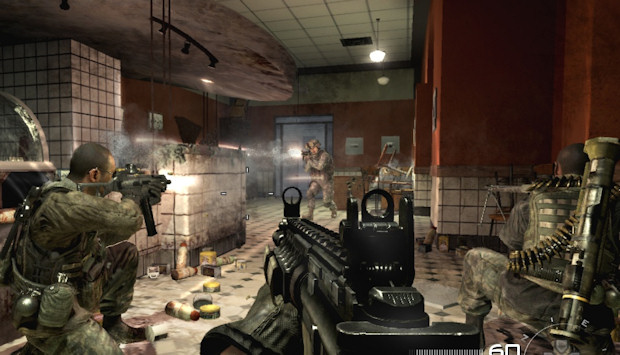 If you decided to steal from a GameStop, what would you grab? The expensive consoles? As many games as you can dream of? If you’re one man in Meadville, Pennsylvania, the answer is easy — keep it simple, and just get all the copies of Modern Warfare 2.

This man, currently at large, entered his local GameStop and told the clerk that he had a friend outside with a gun who would shoot anybody attempting to contact the authorities. He then nabbed one hundred copies of Modern Warfare 2, along with a few other items, and made a run for it. It’s said he was able to leave wiith $6,900 worth of goods.

I’m amazed at the man’s audacity, and almost want to crown him a hero for such a bold move, especially since my cynicism tells me there was no friend, and he lied about the whole gun thing. If he truly walked into a GameStop, pretended some mythical guy was outside with a gun, and walked away with as much Modern Warfare 2 as he could carry, then I say we should not even attempt to bring him to justice, for he has earned his crime.

If you’re in Pennsylvania and you’re buying a copy of Infinity Ward’s latest game from Craigslist, be warned — you may very well be buying from a legend.