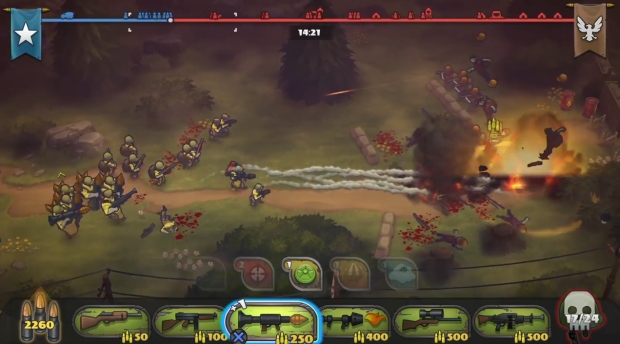 Guns Up!, the top-down free-to-play strategy game coming for PS3, Vita, and PS4, is looking much the same as it did last month, but the new Gamescom trailer makes a more detailed pitch with regards to features and multiplayer/social options. It looks to me like a Dota-style game, except instead of playing as a hero your role is to equip and upgrade the creeps to push back the enemy’s creeps.

The game doesn’t have a release date yet, but folks who sign up on their site could have a chance at early access and in-game rewards. Might be worth a look if you’re interested.