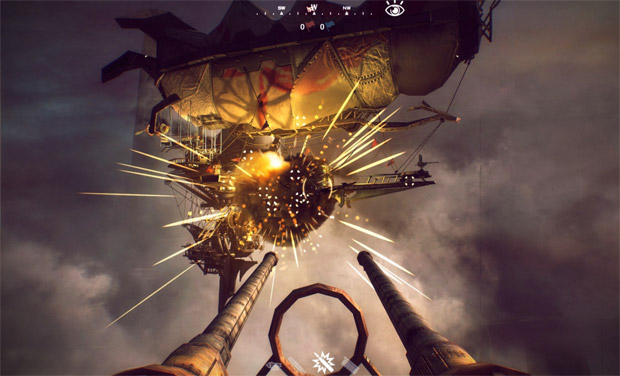 Name your price for the current game

Muse Games has once again turned to Kickstarter for Guns of Icarus Online, a multiplayer game in which teams of players pilot airships in a steam/dieselpunk world. It’s the kind of experience I’d love to participate in, but the amount of upfront work needed to play well enough against real folks appears off-putting from the outside looking in. That’s why an Adventure Mode — which is what’s being crowdfunded right now — sounds so great.

To complement the existing Skirmish Mode, Guns of Icarus Online‘s Adventure Mode is broken up into different segments for the purposes of this campaign, The base goal of $100,000 for an AI Director that makes player-versus-environment gameplay possible has been reached with more than a month before the Kickstarter ends.

Additional money from stretch goals will expand this new mode in terms of building out the political and economic systems of the game world. Even if none of that comes to fruition, players will at least get the new PvE combat which is what I’ve been hoping for all along. On that note, Icarus can be bought for as low as $1 on IndieGameStand. This is normally a $20 game, mind you.