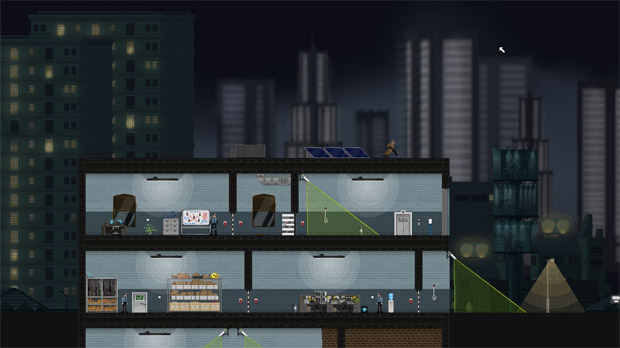 A Steam release is in the works

This trailer for Gunpoint serves as an excellent introduction to the PC stealth-puzzle game, which you need to be introduced to if you haven’t been already. The video itself is a glorified walkthrough from designer Tom Francis, and it does a great job of showing off the mechanics through demonstration that’s indicative of what gameplay is actually about. Refreshing stuff.

Although a price point and release date are unknowns at this point, the Independent Games Festival-approved Gunpoint will make an appearance on Steam. That should do wonders for improving visibility. I like what I’m seeing in this footage, even if it does suggest later, more complex puzzles that will cause my feeble mind to shatter.