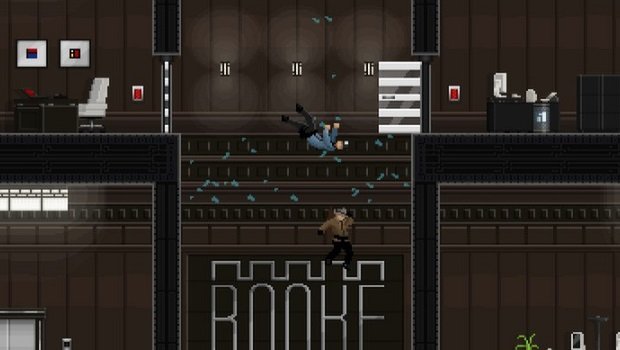 If your game only really cost $30 to make in GameMaker, then yeah, you’re gonna recoup the development budget pretty quick. Former PC Gamer writer Tom Francis hoped his debut title Gunpoint might do well enough to allow him to quit writing full time and become an indie dev — that has happened and then some.

With the use of some charming graphs on his blog, Tom points out that after strong pre-order sales, Gunpoint flew off virtual shelves to the point where he is now well equipped to work on future titles. What’s really interesting is that he was advised not to put out a demo of the game until after the game launched. This advice came from people with “industry experience” and the claims that it would hurt Gunpoint‘s sales.

It’s refreshing to see someone stick to their guns and act in the best interest of gamers instead of chasing the fabled “lost sales.” Playing the demo of Gunpoint definitely convinced me to buy the game as well as Fraser’s glowing review. If its success allows Tom to keep making games in the future, then that’s good news all around.