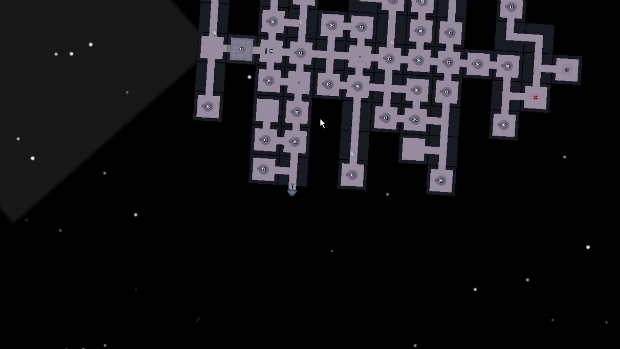 He is now looking for help with art and music

Last time we saw a bit of Heat Signature, it was essentially just a proof of concept. The thruster physics and heat detection was functional, but the procedural generation of ships was a little wonky and there were no clear objectives. Today, Tom Francis released the video above to show off his progress with the stealth space infiltration/hijacking simulator, and it is looking fun.

Now, the spaceship layouts make a little more sense, and the player has more direction in terms of what to do. Also, ships can be blown apart, allowing for easier extraction or assassination.

Still, it is ugly, with only placeholder art and animation. That is largely the reason for the update; Francis is looking for an artist and a composer to help finish Heat Signature. After the success of Gunpoint, he did not set up a studio, but instead intends to build his games in the same way he built Gunpoint, by designing and prototyping alone and then contracting the aesthetics later.