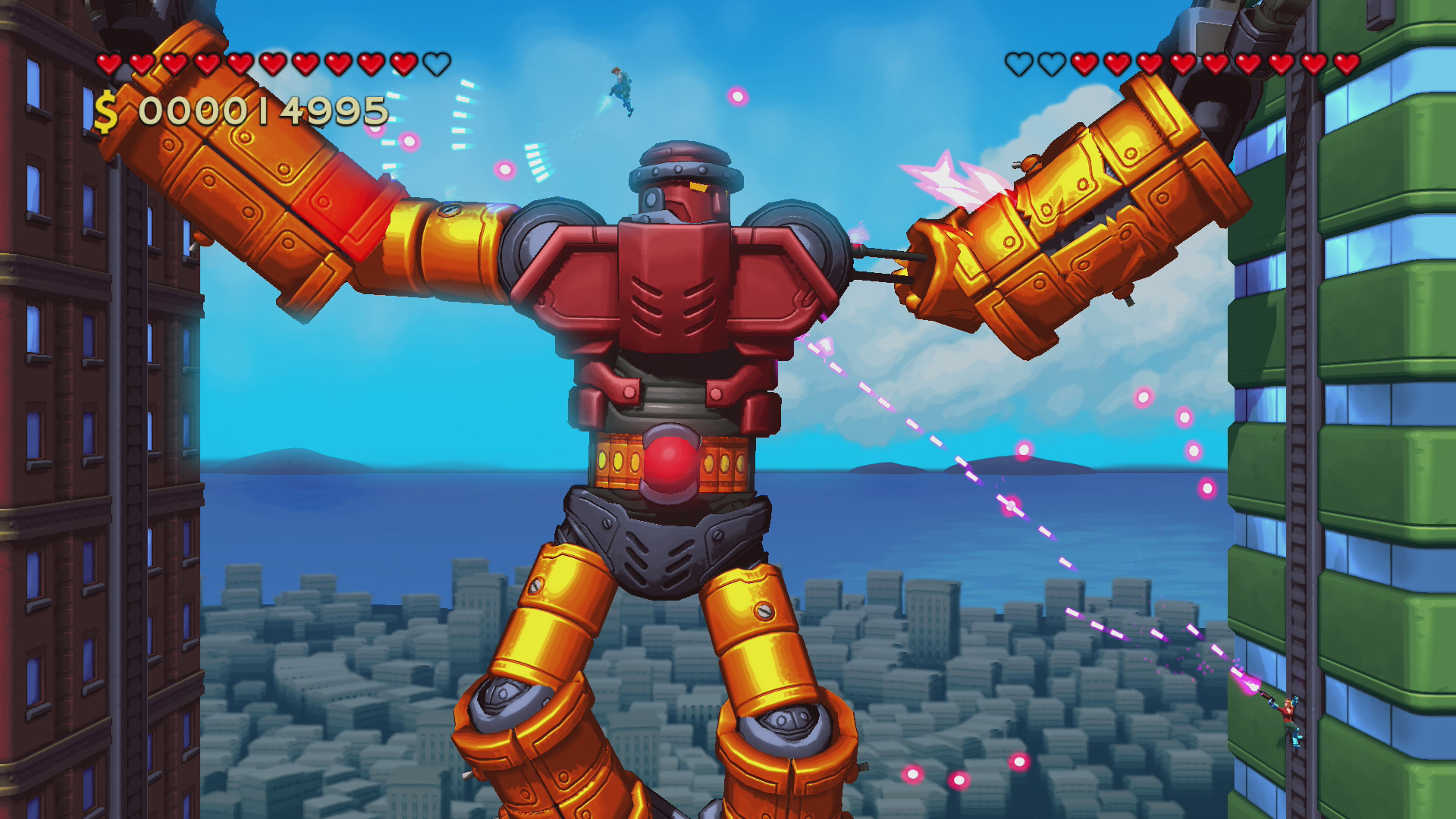 Now here’s a game that can convincingly sell itself to fans of run-and-guns. Mechstermination Force is an “action-packed platforming boss rush” in which players scale giant robots, target their weak points, and bring the scrapheads crashing down. It’s a bit like Shadow of the Colossus by way of Contra.

There are multiple playable characters and, crucially, it has two-player local co-op. That’s the real icing.

Mechstermination Force is the work of Gunman Clive creator Bertil Hörberg and a small team. The designer says it’s “the longest I’ve actively worked on a single game. So I really hope people will enjoy it.”

We’ll have 14 bosses to dismantle when the game hits Nintendo Switch this spring.