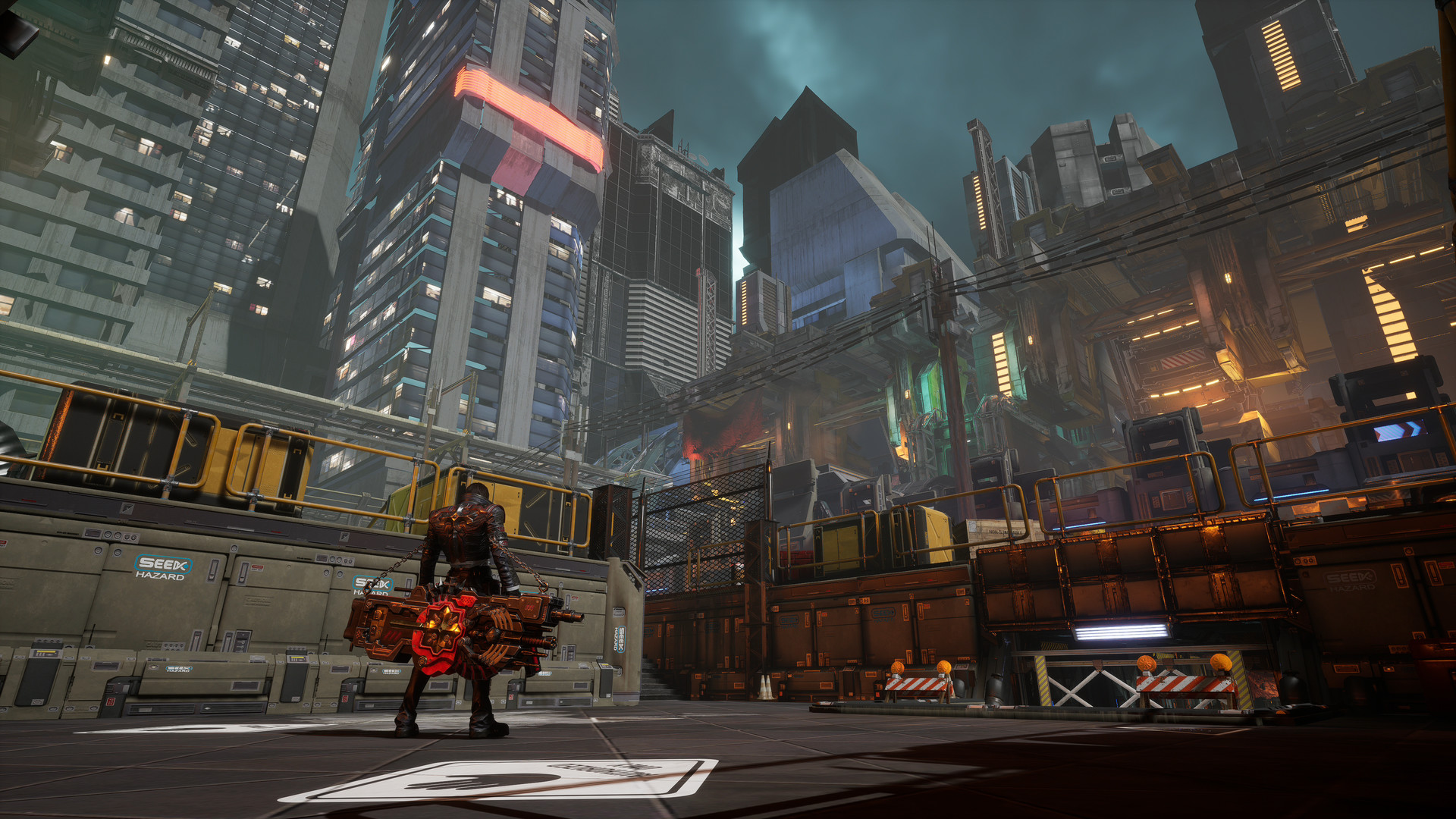 Old school in a new era

When I first heard that Gungrave was coming back with not one, but two projects, I was in shock. This is a series that felt buried roughly two decades ago after Gungrave: Overdose on the PS2, but nonetheless we got a so-so VR adaptation, and very soon: Gungrave GORE.

We had a chance to play a preview build, and it feels like a blast from the past (in ways that will both delight and disappoint). 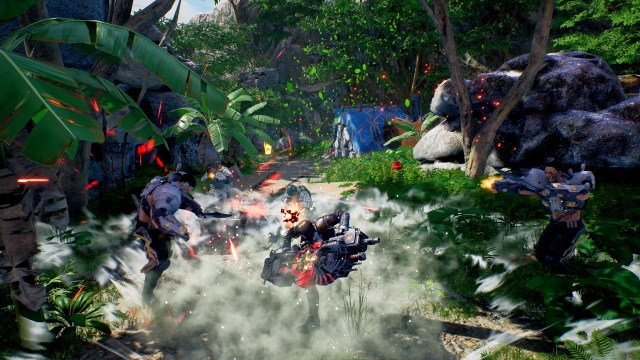 One thing I swiftly noticed after starting up Gungrave GORE is how much it asks you to already be somewhat invested in the lore. The quick intro was partially incomprehensible for newcomers, with a lot of exposition required, and less emotional resonance. What you mostly need to know is that anti-hero Grave is trying to kill the Ravenclan, led by four eccentric bosses who, in a literal sense, are big bads in a video game. Some slightly incorrect subtitles later, all my Gungrave anime-watching and game-playing knowledge came rushing back.

You aren’t going to be alone if you’re coming in blind and are partially confused. In fact, this passage is straight from the developers:

“The previous games do not have to be played to experience GORE, although certain established concepts might take some getting used to by newcomers, especially revolving around the Seed. The common thread between the games is the Seed and the relationship between Grave and Mika. In a sense, Gungrave GORE is the finalization of the Seed story arc and the culmination of Grave’s story since the real super villain is finally revealed and defeated.”

If you’re just looking for a pure action experience, then you’re probably covered. The intro to the first stage is devilishly over-the-top, with Grave destroying a bunch of goons at the entrance to a facility, before the player takes over and does much of the same. The first thing I noticed, gameplay-wise, was the focus on style: a lost art in many character action games.

There’s a “beat count,” which serves as a combo aggregator of sorts, as well as the classic “diving/dodge shot” move that made the original games famous among action aficionados. You can also melee (with the coffin on your back) which also deflects rockets, grab enemies, initiate execution kills, or trigger ultimates governed by a meter (which usually involve firing something out of your coffin). 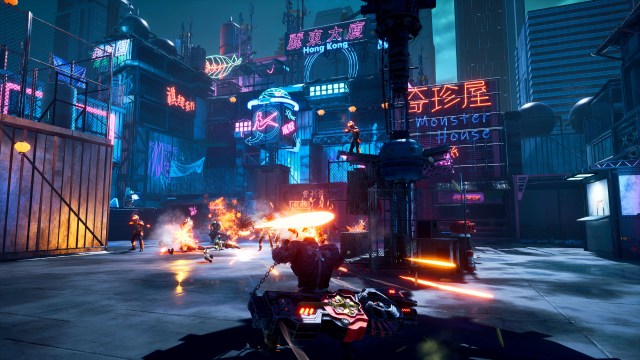 There’s a lot of goons to kill. Action vets will want to jack the game’s difficulty up to hard right away, as fighting through some of Gungrave GORE‘s enemy types and layouts feel like going through the motions. You’ll have access to a shield (which recharges and can fend off raw health damage), which is extremely generous to the point where you can walk through a lot of gunfire and came out unscathed.

It’s an intriguing push and pull. The team clearly wants Grave to to feel like an unstoppable force, and has to balance that around actual tension. Hopefully as levels progress the general pool of enemies will offer up new puzzles and challenges for everyone to conquer: as that’s my main concern. The core of jumping/diving around like an anime action hero is intact.

The bosses are the things that, by far, have the most potential to really deliver in GORE. An early one is a giant tank, which requires a fair bit of dodging and focus to take down without sustaining a ton of damage. It’s an early encounter, but it showed a lot of promise in terms of how far GORE could really go, and deliver a modern version of PS2-era chaos. At present, the game is in a really unique position as a niche character action game in 2022.

Gungrave GORE is out on November 22, and I’m curious to see how it will be received by general audiences and Gungrave fans alike. The studio says that it will take “14+ hours” to finish the game, and it’ll run you $50 on both PC and consoles.