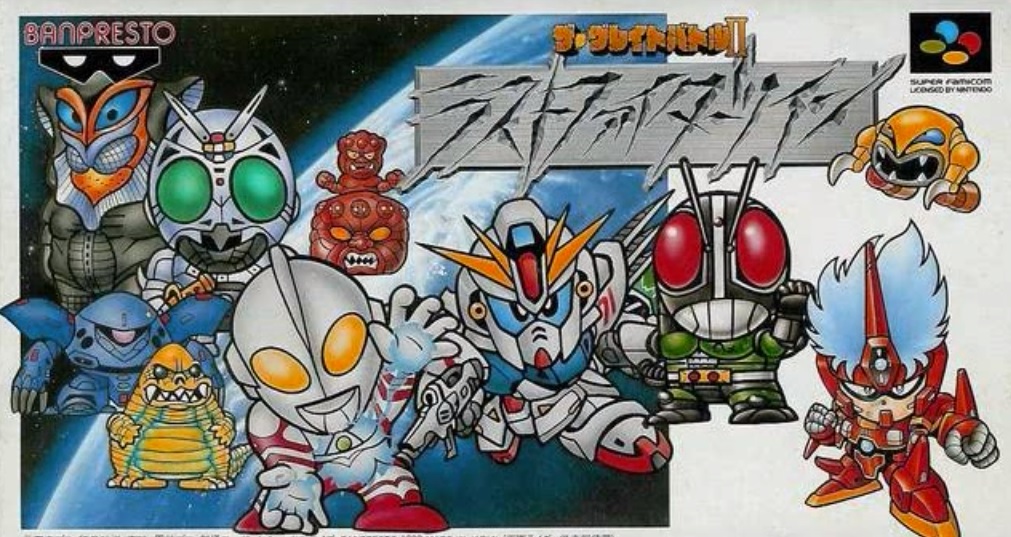 Five games worth of henshin hero and mecha action

Before Gundam appeared in the Super Robot Wars games, the anime’s Mobile Suits were in an older crossover franchise known as the Compati Hero series. The strange part about these titles is that the mechs team up with characters from the Ultraman and Kamen Rider shows. To this day, I’m still wrapping my head around this aspect.

Speaking of Compati Hero, the group Aeon Genesis created a fan translation of The Great Battle I through V. The neat part about these SNES titles is that the first one is a top-down platformer shooter, the next two are beat em’ ups, the fourth instalment has a Contra vibe, and the fifth feels like Wild Guns. That said, they deserve props for having these iconic characters and robots appear in different gaming genres. Most importantly, you get to see G-Gundam’s God Gundam defeat his enemies while wearing a cowboy outfit.

Interestingly, Fighter Roar and the Compatible Kaiser from the Super Robot Wars OG series made their debut in The Great Battle games. In fact, the classic titles serve as his backstory before he arrived in the OG universe and merged with Kouta Azuma. As a person who loves the franchise’s lore, I look forward to learning about his early encounters with his adversary called Dark Brain.