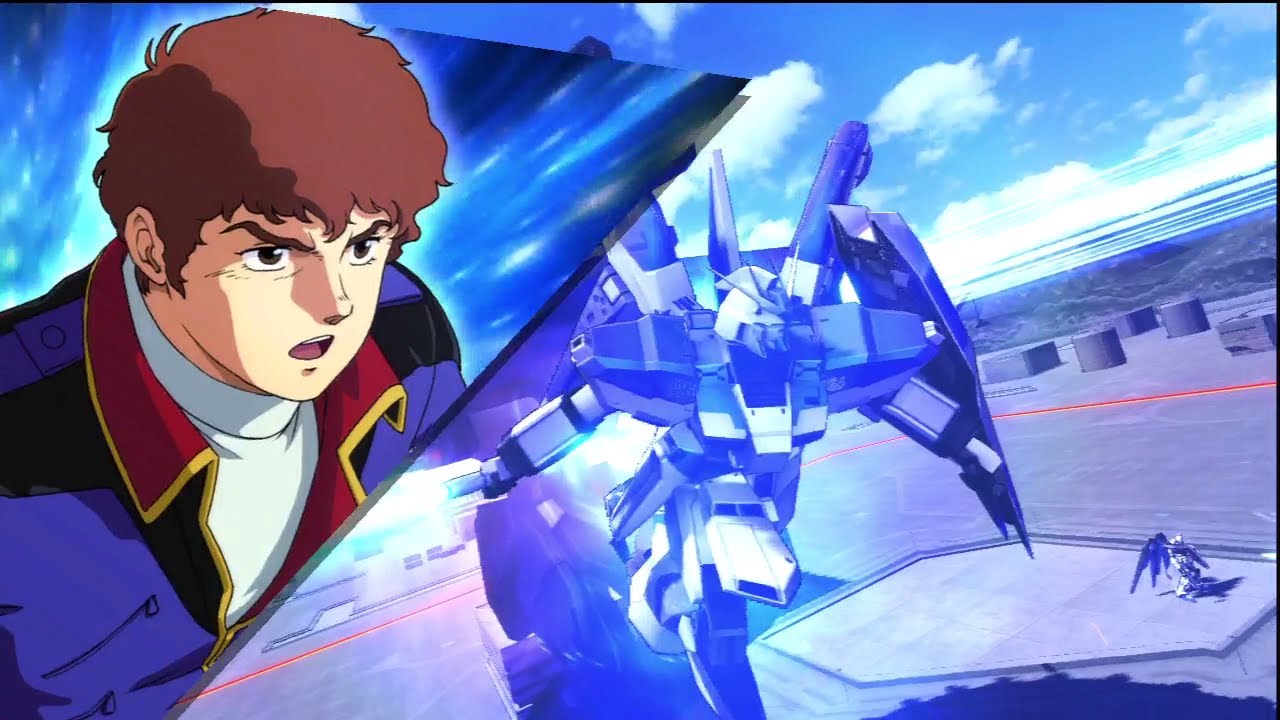 It’s been a busy week for Gundam Versus. After the debut of its first TV spot, this week’s issue of Famitsu has revealed new information about the upcoming game. 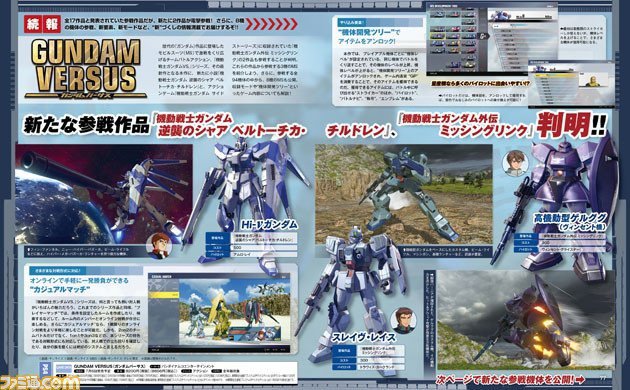 A total of 11 new Mobile Suits were confirmed for the game’s roster. The additions are:

With this announcement, the total number of Gundam works in Gundam Versus, ignoring DLC, rises to 19, and will mark the international game debut of Mobile Suits from Side Story: Missing Link, a PS3 game that never left Japan, and Beltorchika’s Children, a novel that was based on the original rejected storyline for Char’s Counterattack. The roster size has now also grown to a staggering 82 Mobile Suits, with only a few slots remaining.

The magazine also goes into detail about “Casual Matches,” which allows player to fight against each other online in 2v2, 3v3, and also in 1v1 battles. At this time it is unclear if it’s for public or private matches, but judging by the name, it will most likely be for non-ranked matches at the very least.

Finally, Famitsu revealed that a private online trial will be happening for Japan. The trial will take place over a limited period in June, with more details to come in the future. This will likely result in more footage of the game floating around online, giving us a further idea of how the it’s shaping up to be before launch and how the various Mobile Suits play.

Gundam Versus releases this Fall for North America and Europe, and July 6 for Japan and Asia for PlayStation 4.