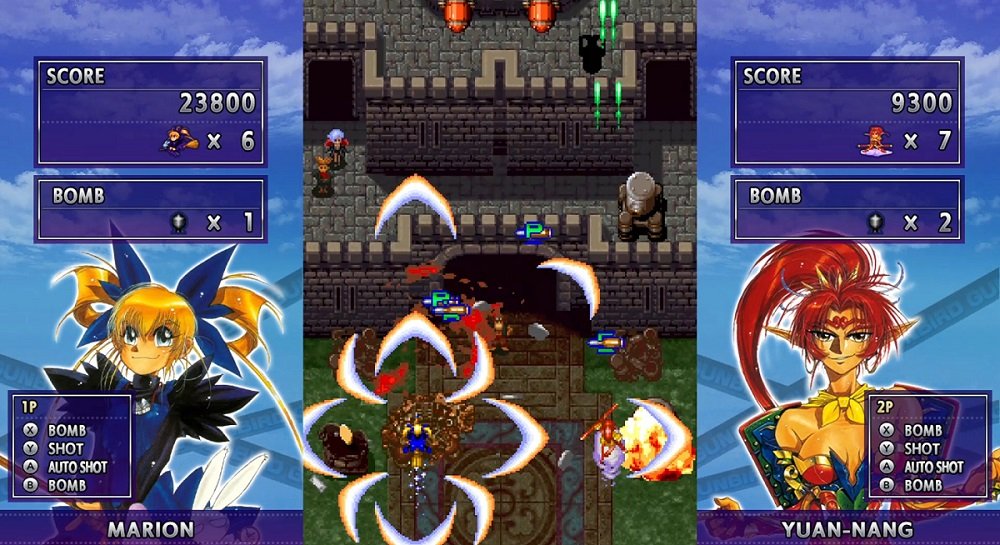 Earlier this week, publisher City Connection revealed that it will be bringing a string of classic Psikyo shmups to PC via Steam. We already know that first on the agenda is Strikers 1945, and we now know it will be followed up by all-time coin-op classic Gunbird in May.

Released in arcades back in 1994, before later being ported to PlayStation and Sega Saturn, Gunbird is a great-looking, slick example of the shmup catalogue. Players guide a weird ‘n’ wacky cast of characters through seven stages of frenzied action, on a quest to construct a “magic mirror” that will grant its owner one wish.

With great pixel graphics, fast action, fun character designs, and a cool soundtrack, Gunbird still holds up very well today, over two decades since its original release. As with all the titles in City Connection’s shmup re-releases, players will be able to tweak various in-game options, choose from a selection of filters, and select screen orientation.