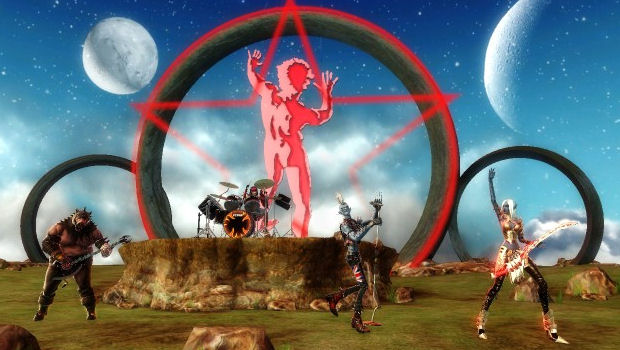 I recently received a copy of Guitar Hero: Warriors of Rock, and instantly canceled my afternoon’s plans so that I could play 2112 twice in a row, then never pick up the plastic guitar again. Unfortunately, my progress toward Geddy Lee’s beautiful face has been hampered by random disc-read-errors.

At first I thought it was just me, but a few of my Twitter followers complained of similar issues. Looking further into it, it would appear that this is a common thing plaguing a fair few gamers. Apparently, the disc-read-errors are affecting copies of the game bundled with the new guitar controller, and seem to exclusively affect those using Xbox 360 Slims.

I’m reaching out to Activision for a comment and to see if there’s the possibility of a fix. Geddy Lee won’t be pleased about this!