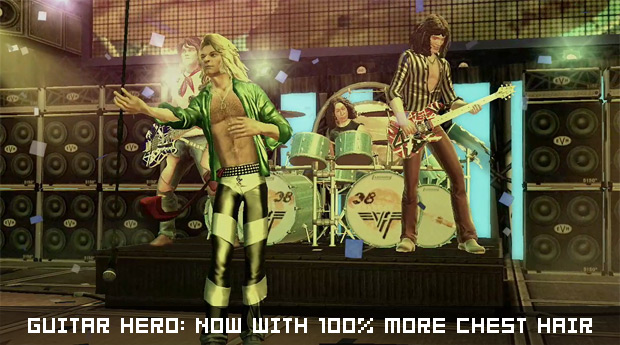 Since today’s Guitar Hero: Van Halen “Reveal” trailer from Neversoft doesn’t show any actual gameplay footage, I am not entirely sure what’s being revealed to us. Slightly creepy renders of Van Halen’s members? I guess that could be it.

I think the most exciting part of the video, at least for me personally, was when I saw “including Queens of the Stone Age” pop up and and my eyes suddenly widened.

There are a handful of songs from Van Halen I can get behind, but an entire game devoted to the band? Not so much. I recognize the group’s level of popularity, but it’s just not for me.

Feel free to let me know when Guitar Hero: Boston is on the way, though.