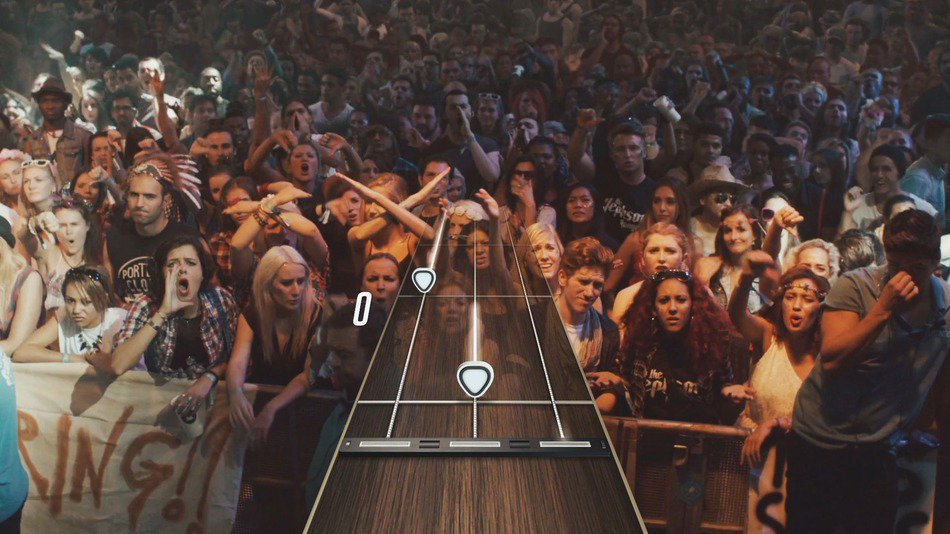 Streaming instead of ownership

FreeStyleGames, the developer of Guitar Hero Live, has posted its plans for the Guitar Hero TV (GHTV) portion of the game, and it’s intriguing to say the least. Basically, instead of buying songs piecemeal for $2 or so, you’re going to be streaming them by way of GHTV, and buying the temporary rights to play certain tracks with tokens.

Now, this concept was unveiled weeks back, but now it is confirming for sure that there’s no hard DLC involved. You’ll earn tokens through playing tracks that are chosen for you on the game’s TV channels, and said tokens can be used to play what you want. This is not only indicative of our streaming culture right now, but it’s also a clever way to keep the game constantly fresh.

I know for a fact that many of you out there aren’t a fan of this model outright. There’s definitely some skepticism involved here, but as a rule, I’m actually interested in seeing it in action. I like the idea of constantly curating new music to discover, as most people tend to just buy DLC for songs they really like anyway.

I assume that if the game fails GHTV will go away, but if Activision actually sticks by the model for years without forcing people to buy a new guitar or iteration, it could be really great. Of course, a full on-disc song selection and campaign still exists.