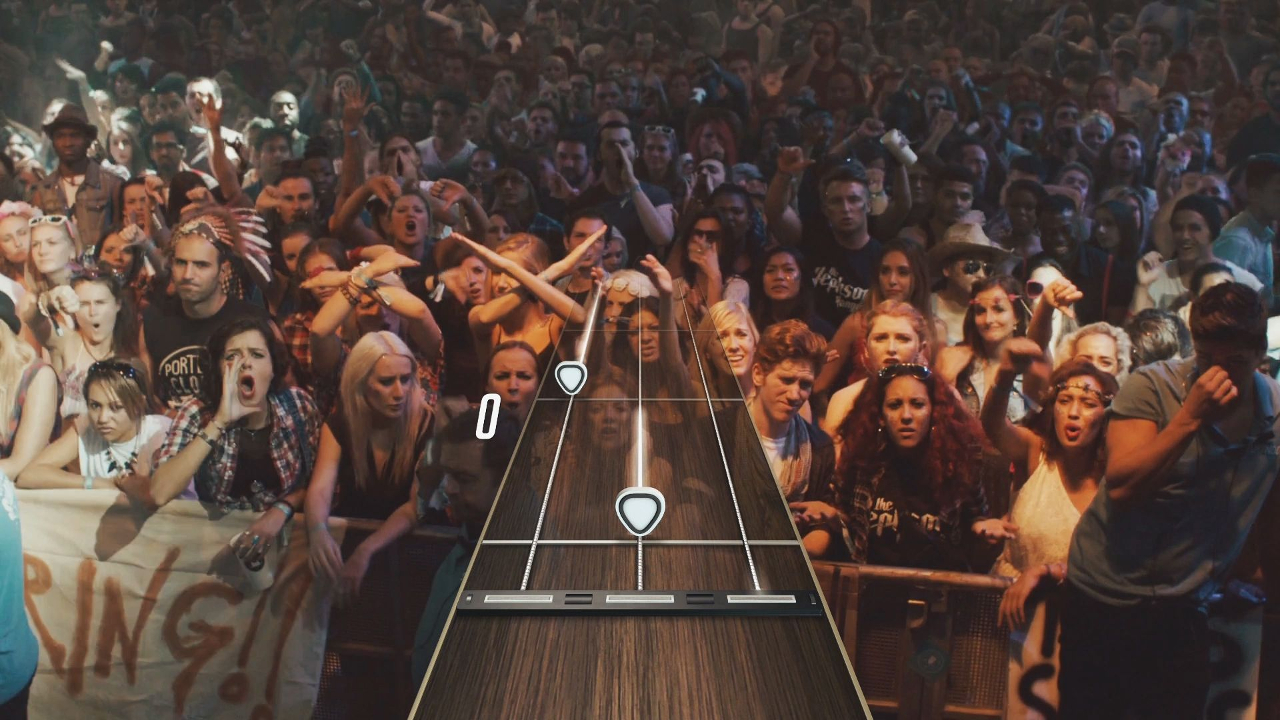 I have willfully ignored Guitar Hero Live until now. I will go back to that after I finish informing you of the 10 songs newly confirmed for the game (?), none of which I recognize by name, but a few of which I have assuredly heard before. They are:

Killswitch Engage “In Due Time”

Bring Me the Horizon “Shadow Moses”

And go with the previously announced:

But, more importantly, that header image above, which I assume is a screenshot from the game? That is terrifying. I mean, I guess it’s meant to be, because I assume the player is performing bad and being booed, but, uh, why is there a live crowd? Is that why it’s called live? Did they pay these people to be fake concert goers and run a gamut of emotions? Will there be mosh pits and audience fist fights? Will those Coachella-headbanded white girls come out of the TV, Ring-style, and to tell you you’re not on fleek and laugh at your dingy apartment?