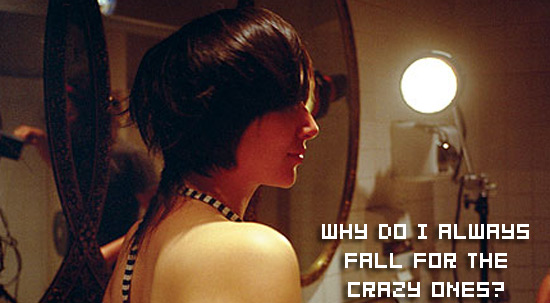 Moments ago we received a press release touting quite possibly the most clever way to push soundtrack CDs we’ve ever seen.

According to the release, the Guitar Hero III: Legends of Rock Companion Pack — which up until now had been merely known as a soundtrack for the game — will apparently also include three songs playable within the Xbox 360 version. The songs include AFI’s Carcinogen Crush, Flyleaf’s Tina and Marilyn Manson’s Putting Holes In Happiness as remixed by Nick Zinner, a gentleman who has been much closer to Karen O than I ever will be. Obviously I despise him for this, but considering his track is the only one of the three that doesn’t make me hate teenagers even more, he wins a half-hearted gold star.

So how exactly can a separate piece of physical media unlock songs in Guitar Hero III? Let’s take a look at what the release says:

There’s no word on how expensive the Companion Pack will be so it’s too early in the morning for me to decide if this is more vampiric than the pricing scheme used for the Guitar Hero II downloads on the XBLA. Hence, I leave it up to you. If you’ve got vitriol, feel free to spill it in the comments.

Oh, and if you’re a fan of text, hit the jump for the entire release.

SANTA MONICA, CA – October 16, 2007 – Music and videogames take the next step in the digital revolution with expansion songs included with a game’s soundtrack CD for the first time. Guitar Hero® III: Legends of Rock Companion Pack (Interscope Records), to be released on October 23, 2007, features not only the key songs on Activision’s Guitar Hero III: Legends Of Rock, available October 28, 2007, but also exclusive access to more gameplay with three previously unreleased expansion songs to play with Guitar Hero III: Legends Of Rock for Xbox 360.

The three expansion tracks are “Carcinogen Crush” from AFI (from an EP due in December), “Tina” from Flyleaf and a remix of Marilyn Manson’s “Putting Holes In Happiness” by Nick Zinner from the Yeah Yeah Yeahs. The latter two recordings also are heard on the soundtrack CD, along with AFI’s “Miss Murder,” Sonic Youth’s “Kool Thing,” Queens Of The Stone Age’s “3’s And 7’s,” Smashing Pumpkins’ “Cherub Rock,” Velvet Revolver’s “Slither,” Living Colour’s “Cult Of Personality,” Rise Against’s “Prayer Of The Refugee,” the Guitar Hero rendition of “Devil Went Down To Georgia” by Steve Ouimette and the game’s intro by Slash, who is also a character in the game.

Guitar Hero III: Legends of Rock will include explosive new content and features including a multiplayer action-inspired battle mode, grueling boss battles, a host of exclusive unlockable content and visually stunning rock venues. Expanded online multiplayer game modes will also allow axe-shredders worldwide to compete head-to-head for true legendary rock status. While continuing to retain all the key features from their prior legendary performances, fresh downloadable content will be offered on multiple platforms, and players can now shred to a killer set list from many of the most popular rock songs ever recorded.

For the first time ever, Guitar Hero fans will also be able to thrash and burn with new wireless guitar controllers available for each platform, including exclusive Gibson Guitar’s Les Paul model for the Xbox 360® video game and entertainment system from Microsoft, Wii(tm) home video game system from Nintendo, and PLAYSTATION®3 computer entertainment system. PlayStation®2 gamers will also get to shred on a new exclusive shape, Gibson’s Kramer guitar, popularized by hard rockers and known for its body design, pickups, electronics and construction for furious finger fretting.

Guitar Hero III: Legends of Rock, published by RedOctane® and developed by Neversoft, is rated ‘T’ for Teen by the ESRB. For more information about the Guitar Hero franchise, please visit the dedicated community site: www.guitarhero.com.

Activision maintains operations in the U.S., Canada, the United Kingdom, France, Germany, Ireland, Italy, Scandinavia, Spain, the Netherlands, Australia, Japan and South Korea. More information about Activision and its products can be found on the company’s World Wide Web site, which is located at www.activision.com.