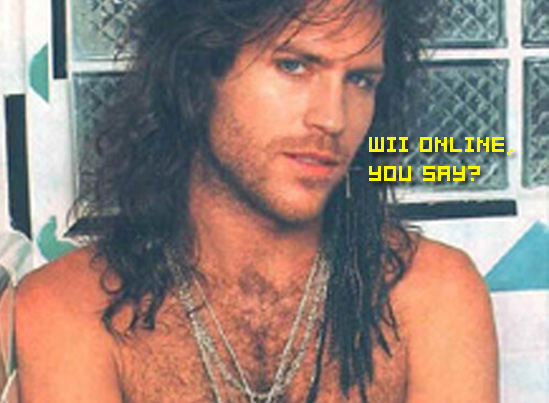 I know what you’re thinking — the Wii has online connectivity? I frequently forget myself, as I don’t spend a lot of time waving the Wiimote anyway. Good news for Ninty however: Guitar Hero 3 has people burning up the online connections, scoring 622,580 connections total for the week ending November 4th. This number is only second to Pokemon Diamond/Pearl, which generated a brain-blowing 1,455,526 connections.

You know what I would like, Nintendo? What I would really, really like? For you to shut the hell up about your console’s sales power and focus more energy on the online system. Thanks to Xbox Live, I play my Xbox every day, socialize with my friends, and enjoy online gaming with them as well. Maybe a bit more effort in this department would make more bored gamers wipe the layer of dust off their Wiis and enjoy them similarly. Just a thought.

Hit the jump for a list of official figures (Via NeoGaf.)

[Via Computer and Video Games – Thanks Adam!]