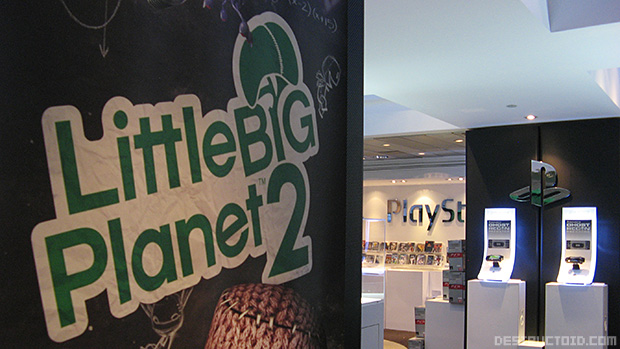 To celebrate the release of Media Molecule’s LittleBigPlanet 2, Sony held a three-day launch event at the Sony Style Store in New York City last week. The main goal of the LBP extravaganza was to set Guinness World Records for videogames, and in that sense, it was a huge success. Three gamers who tested their sanity for over two days straight — David Dino, Sean Crowley, and Lauren Guiliano — now hold five Guinness World Records:

I attended the post-marathon party and spoke with a few of the people involved in making this special occasion happen. By that point, most of the folks who were still around were feeling pretty frazzled. Daniel Leaver (here at right), a level designer who began working at Media Molecule before LittleBigPlanet even existed, struggled to put the spectacle into words, saying, “You reach a point where it becomes so crazy, you can’t take any more external stimuli; your brain just switches off.” 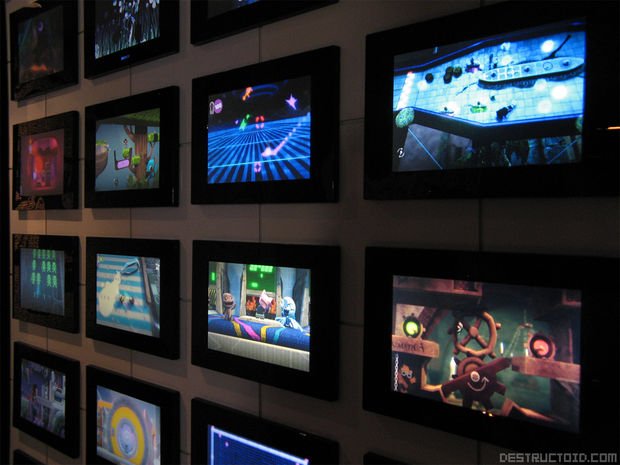 All the LittleBigPlanet 2-related decorations and paraphernalia that Sony had put up were still standing, but I did notice some trash — mostly, crumpled-up pieces of paper — strewn about the area, the detritus of a grueling fifty-hour gaming marathon. One of the marathon’s participants, Brooklyn’s own Lauren Guiliano, seemed to be in a trance-like state, choosing to keep wearing her Gunnar Optiks gaming glasses for the shield they offered from the event’s bright lights — and for the filter they put on the world. “It kinda, like, enhances everything; I feel like I’m looking at everything in HD,” she explained. You’d probably need some kind of protective eyewear after staring at a TV for 50 hours, too.

Guiliano, whom you may have seen on the first season of Sony’s PSN reality show, The Tester, jumped at the chance to participate in the marathon. “As soon as I got the phone call from Sony asking me to do this, without any hesitation, I was like, ‘No doubt. This is definitely something I want to be a part of,'” she told me. I had gone into the event wondering what could possess someone to want to play a videogame for that long, but it didn’t seem like a big deal to Guiliano, who noted, “You know, all we had to do was just play our videogame for 50 hours, and it was something doable, and we just did it.” 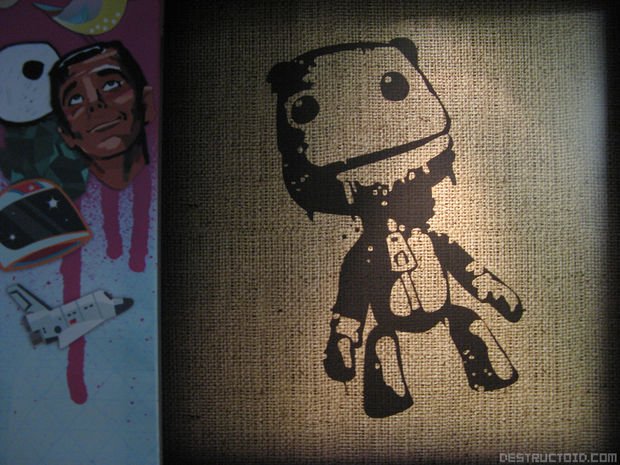 Leaver spoke of how humbled he felt by the reception to LittleBigPlanet 2 from critics and fans alike, noting that Media Molecule “felt like there was a lot of luck involved in the [success of the] first game,” since it happened to release at a time when “maybe, people were getting quite sick of the same genres [of videogames] being made every year.” But “to bring out a second game, and have it review almost exactly the same way, just, really — it’s very flattering,” Leaver said.

In addition, he was struck by (and tremendously thankful for) the promotional power that Sony put behind LittleBigPlanet 2. “Sony don’t have to do this [the New York launch event] — there’s nothing that says that they need to support Sackboy or support Media Molecule — they’ve done it purely because they like us, and they like LittleBigPlanet,” he pointed out happily. 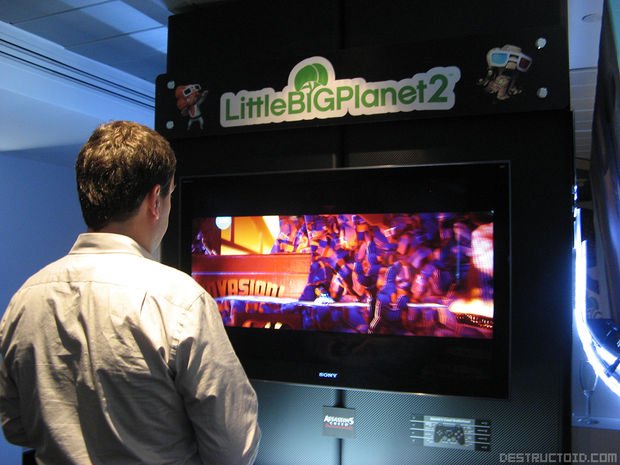 Indeed, I noticed that all the Media Molecule people at the event were gleefully running around with Sackboy T-shirts on, having a great time posing for photos, signing autographs, and basking in the glow of a successful videogame launch. That was appropriate, since that’s just the kind of game LittleBigPlanet is: you can’t not have a smile on your face while playing it.