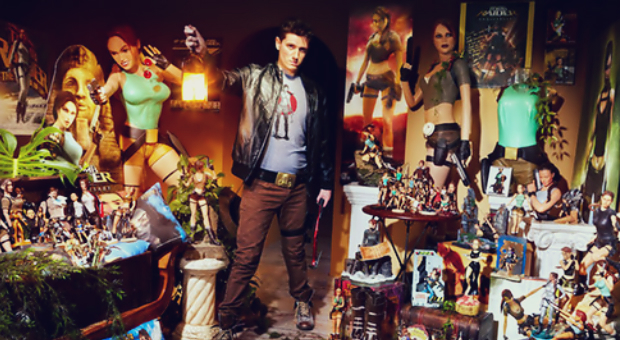 Play Minecraft for 25 hours to make those years up

Wanna know what you have to do to be the best? The new Guinness World Records 2015 Gamer’s Edition hosts a diverse listing of various gaming records. Wanna have the largest Tomb Raider memorabilia collection in the world? You’ll have to beat Rodrigo Martin Santos, who owns 2,383 Tomb Raider-related items. That’s personally not one I would go for, but if that’s your goal, I wish you well.

Other records covered include:

I actually like these books. They’re great for a short read and I keep one by my toilet. There’s a lot of cool info, and each entry has the release date for the next game in the series (if applicable).