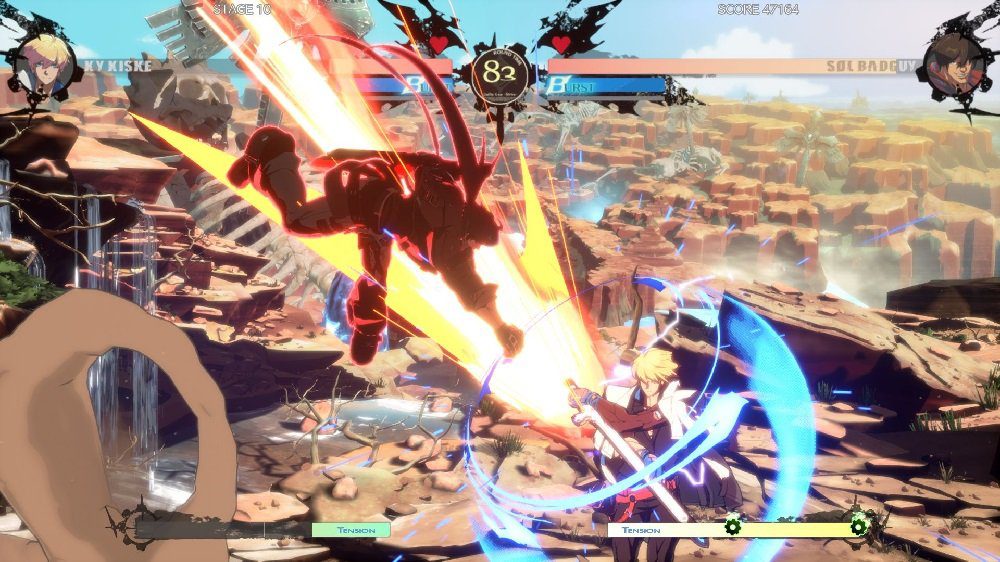 Are you bound for Heaven or Hell?

Though an incredibly satisfying and engaging experience, Guilty Gear has always appeared a little complex and impenetrable to newcomers. Anyone leaping into battle hoping the bread-and-butter tactics from titles such as Street Fighter will carry them to victory often find themselves struggling with GG‘s general flow,  dynamic mobility, and intricate specials.

Fortunately Arc System Works recognizes this, and has taken steps in recent entries to offer up deep and effective tutorial modes, ensuring players get to grips with the basics of air-dashing, bursting, dusting, and the complexities of the Roman Cancel. The upcoming Guilty Gear Strive will be no different, and will include a step-by-step guide in order to on-board newcomers to the franchise’s laundry list of in-game mechanics.

In addition to the Tutorial mode, Guilty Gear Strive‘s Mission Mode will further teach players how best to handle any given situation, ranging from maneuverability, to attack, defense, knockdown, and meter management. The hope is that even players who have never picked up a Guilty Gear title in their lives will quickly get a grip on the basics in order to find their feet, at the very least, within Heaven or Hell.

In addition to the Tutorial and Mission modes, Guilty Gear Strive will also feature a traditional Arcade Mode, allowing players to enjoy the individual stories of Strive‘s eclectic cast of characters as they fight their way through a selection of opponents, complete with branching paths. For the hardened warrior, Survival Mode will pit your skills against an endless stream of fighters, with only a small amount of health replenished between each bout. A full Story Mode is also expected, with more details to come at a later date.

Like its predecessors, Guilty Gear Strive is shaping up to be a gorgeous and intense fighting experience. The scene has struggled somewhat in the past 12 months, as the ongoing COVID-19 pandemic put paid to local, national, and international tournaments within the FGC. New releases such as Strive will hopefully go some way to reigniting the fires, perhaps bringing a new generation of would-be pugilists and future champions along for the ride.