Online kicks into a new gear

If you haven’t played a lot of fighting games online, it might be hard to get across what makes Guilty Gear Strive stand out. It is a Guilty Gear game, despite some gameplay changes that caused some initial stir; Roman Cancels, Faultless Defense, and airdashes aplenty are still the name of the game.

The most notable point in Guilty Gear Strive‘s list of features might not even be a new feature or mode, but how it approaches its online. The fighting game discourse at large has been talking about rollback netcode for ages, and Guilty Gear Strive uses it. And here and now, just as in the beta, it’s stellar.

We’ve spent some hours playing Guilty Gear Strive ahead of launch, but many features—including its story mode and launch balance updates—were not accessible to us until this morning. I’ll be putting together some more holistic thoughts as those open up, but one major upside of Guilty Gear‘s latest entry has already been apparent whenever we’ve had the chance to hop on the servers.

With some fighting games, a good connection can feel like a mix of luck, timing, and circumstance. I’ve had decent connections across the country, and I’ve had laggy, hitching messes within my own state. Guilty Gear Strive, however, makes use of rollback netcode; if you’re not familiar with it, there are some fantastic explainers out there, but the short version is that it uses assumptions and basic reasoning to mask frames of delay between longer-distance connections.

This might not seem like a huge change for two pals with good connections playing in the same city, and it might not be. But playing with other folks who had early access, across great distances, felt great. It’s strange how just a good connection can make the competition shine all that much brighter, but it really does.

As for the competition itself, I’ve been enjoying my time with Guilty Gear Strive. The cast is varied and has a good mix of playstyles available from the outset. Sure, you have Sol Badguy and Ky Kiske, because you can’t really make a Guilty Gear without those two, and several other familiar faces are also here. A few, like Ramlethal, even had their kits shaked up a bit from previous iterations, and it’s nice to see Anji Mito back in the lineup. 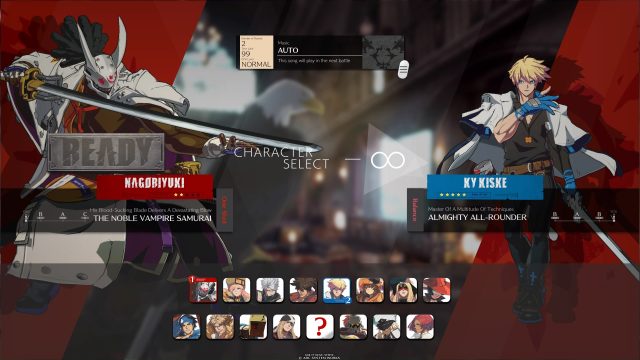 Newcomers Nagoriykui and Giovanna feel right at home, though. The former is an imposing samurai character, using some really neat blood mechanics. He’s got some big swings and damage potential, balanced out by having less mobility than, say, Giovanna; a close-range combatant with lots of fast moves and tricky attacks to block.

Overall, it’s a potent starting roster for a Guilty Gear game that definitely seems to be trying to appeal to players who might be coming in from other Arc System Works games, like Dragon Ball FighterZ or Granblue Fantasy Versus. And like other Arc System Works games, Guilty Gear Strive is fittingly gorgeous. Aside from some of the massive numbers and UI elements being a little over-the-top, the look of every character and the way they animate is spectacular to watch in motion. I’ve been mostly playing Ramlethal, and launching her massive sword-cannon blast across the scene feels spectacular, partly because of how dang cool it looks to do. 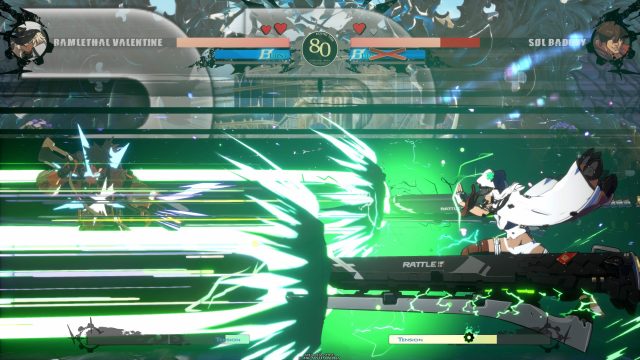 While the company’s been popular with fighting game aficionados for a while now, I’ve seen more players make their way towards their particularly stylish brand thanks to games like Dragon Ball FighterZ. If you’re worried this means the complexity is completely gone, don’t worry too much. The mission mode alone is a good reminder that Guilty Gear Strive can be complex; while it starts out with basics like backstepping and dashing, by later maps I was working on combos that utilized Roman Cancel…. Cancels. Strive is still an anime fighter, even if it feels a bit easier to work your way into than some other games thanks to the missions and general movement of the game.

It’s hard to talk about balance at all right now; changes are still being made, and will keep being made, and Guilty Gear Strive hasn’t really hit the broader playerbase. It also seems to be very focused on the multiplayer side of things, with what I could play of story mode playing out solely in cutscenes and the other options being fairly straightforward arcade or survival modes. If you’re picking up Guilty Gear Strive, you’ll want to do it because you want to play against other people, rather than looking for any sort of NetherRealm-style story mode. 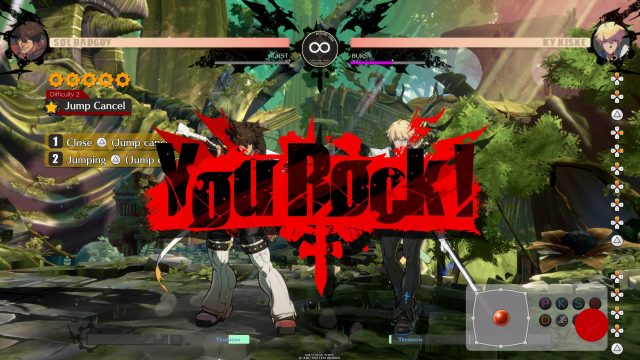 For a competitive fighter though, the online alone seems like a good reason to try it out. We’ll be spending more time both finishing out the story mode and seeing how the online holds up to a broader swathe of players as early access buyers trickle in. But for right now? I’ve been spending my time away from the controller still thinking about combo ideas, mulling over whether my corner pressure could be extended or modified to keep opponents guessing. That’s already a good sign.