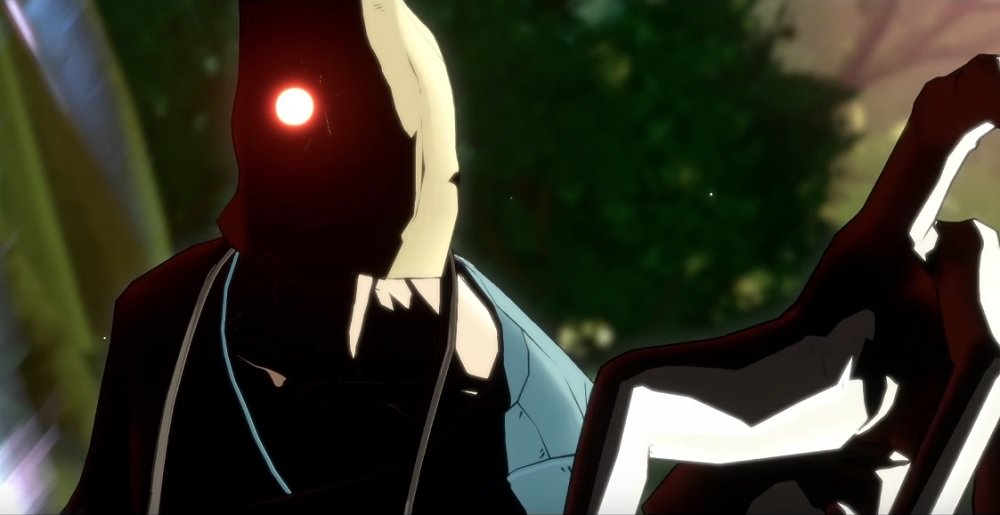 At the Frosty Faustings XII tournament, which took place in Chicago this past weekend, Arc System Works dropped a brand new trailer for the upcoming Guilty Gear Strive, giving us our first decent look at the return of one of the weirdest characters in the history of fighting games: Faust.

Sporting an all-new look, Faust has traded in his at least somewhat normal suit and doctor’s coat for surgical scrubs, revealing more of his creepy, twisted body parts. From an art perspective, Faust is far more shadow-heavy, which replaces his typically comic appearance for an altogether more sinister visual aesthetic.

As you can see from the new trailer, Faust is bringing his famously off-the-wall moveset to strive, with attacks that see him turn into a scarecrow, release cutesy familiars, and even chow down on his opponent. As expected, the sinister surgeon is coming equipped with his iconic oversized scalpel. All in all, Faust appears far more menacing – even frightening – than ever before.

This week sees the return on EVO Japan, where fans will get the opportunity to check out a build of GG Strive and sign up for the incoming closed beta. Hopefully the western GG faithful will also be afforded the opportunity to jump in on the beta, whenever it arrives, giving fans a sneak peek at this great looking sequel ahead of its official launch.

Guilty Gear Strive is scheduled to launch on PS4 later this year. A coin-op version of the game has also been announced, and will be stationed in arcades in Japan when GG Strive hits the market.