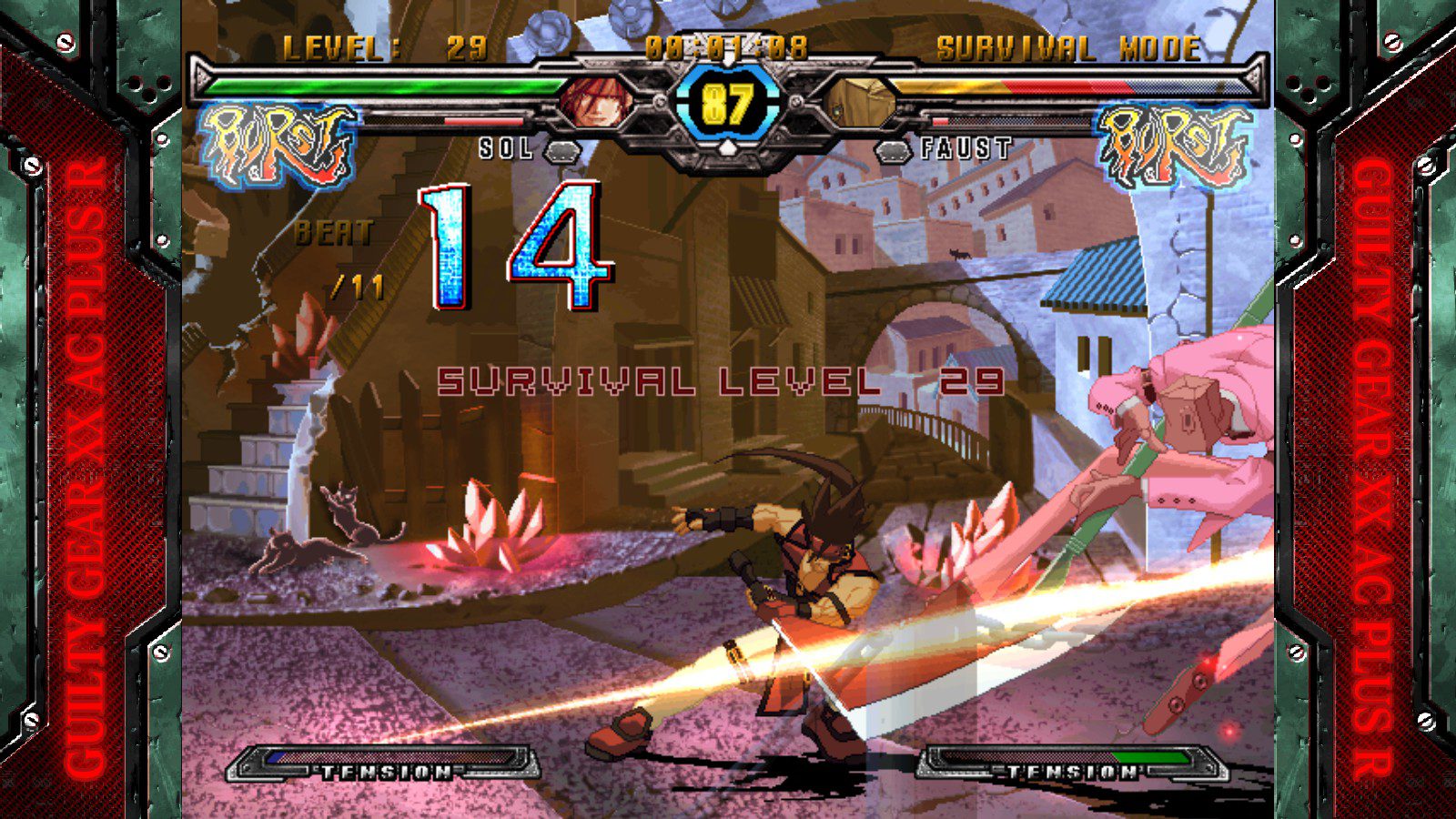 Guilty Gear is a fighting game series where witches with electric guitars can fight against the U.S. Secretary of Defense, wielding an entombed cryptid. But a new custom sound pack adds a little extra oddity to the party: the silly, emphatic noises of Hanna-Barbera cartoons.

Twitter user “MeowzyKat” has created content for other Arc Systems Works games in the past, like trans flag-colored palettes for Persona 4 Arena Ultimax‘s roster of fighters. With the Hanna-Barbera mod, though, MeowzyKat transforms Guilty Gear XX Accent Core Plus R into a Saturday morning cartoon slap-fest.

Hundreds of sound files. Weeks of work. It's the Hanna Barbera sound pack for #GGXXACPR. Download in replies. pic.twitter.com/iPL1WmDie2

According to MeowzyKat, it took weeks of work and hundreds of sound files to make happen. But as you can see, the results speak for themselves: it’s fantastic.

Once I saw Sol Badguy lean into his run and heard the Scooby-Doo running noise, the two became inextricably linked in my brain. The sound of pots and pans clanging into one another, spring noises and general cartoon chaos filling the heavy metal-infused world of Guilty Gear works so, so well.

Accent Core Plus R saw a revival of sorts when Arc System Works added rollback netcode to its PC version, making it much easier for players to find matches without worrying as much about geographical distance. And the other plus-side of the PC version, aside from being able to back-add rollback, is modding in cartoon noises.

You can grab the sound pack and add them yourself through MeowzyKat’s Twitter. Once you do, it’s as simple as placing the files in the sound effects folder and bam, you’ve got your very own Hanna-Barbera fighting game. Well, kind of. It at least makes me fondly reminisce about eating cereal and watching Wacky Races.