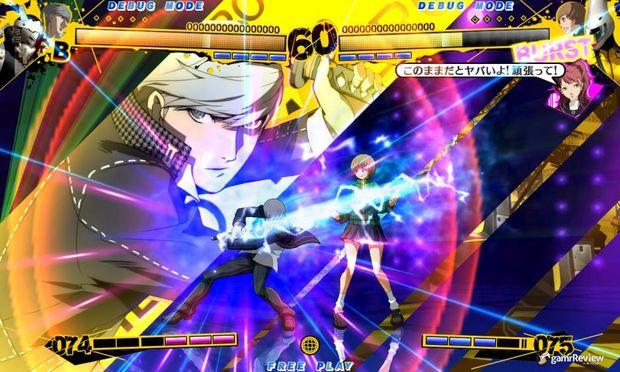 FPSes? The western world has that on lock. Sports and RTS always seemed to have come from here. More recently, mobile and social games have dominated the market, and most of them come from the West. Even role-playing games are changing, with many western influences even creeping into Japanese titles.

“Our aim is to become the number-one maker of fighting games, though, so that’s what we’re devoting our resources to,” says Ishiwatari in an interview at Gamasutra.

“If we don’t try new things and evolve, we’ll be left behind. Arc can’t make FPSes or RTSes, but I want it such that the fighters we make can’t be duplicated by overseas developers.”

Ishiwatari says that his weapons are style and Japanese culture: “Games developed overseas have progressed massively in terms of technical skill, and I don’t think there’s any way that Japan can win in that battle, so I think it’d be nice if we can approach the world market in a Japanese kind of way.”

Upcoming Xbox 360/PS3 fighter Persona: The Ultimate in Mayonaka Arena is probably the most Japanese-looking game I’ve ever seen, so they’re on the right track with that.