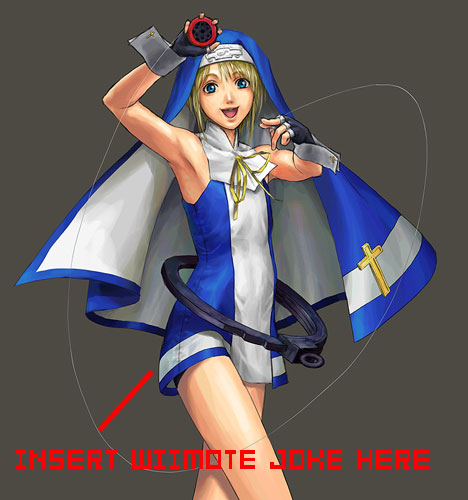 I love Guilty Gear. So now we’ve got the official word that Guilty Gear: Accent Core is coming to the Wii. My only hope is that Sammy Studios doesn’t screw up the controls for the game on the Wii. Right now, t’s been announced that you can use the classic controller or the Gamecube controller to play the game.

So, for right now, I can say: thank God. I’m a D-pad player for fighters (that’s why I can’t enjoy 3-D fighters all that much), and so this at least gives me a chance, using the classic controller. I am interested in seeing how the Wii controls will work, though. I hope this still means that the game is coming to PS3 and/or 360, so that I can play with a more enjoyable controller.

For those Guilty Gear fanatics, what are your thoughts about the game on the Wii? Where else should it be?