[Hyper Lemon Buster *annoyed grunt* Cannon shows us some of his gaming guilty pleasures. Before this blog was promoted, people were already sharing their own in response and you should too! Personally, if there’s a crafting system for equipment, I’ll try the recipe even if it’s meant for a build I don’t even have. I’ll have a weapon with high fire damage and a weapon with less fire damage but higher critical hit rate! Have your own secrets to air out? Write a blog! ~ Strider]

Ohhhhhhhhhhhh yes. It’s time we all looked at ourselves in the mirror and see ourselves for the dirty, filthy gamer we all truly are deep down inside. Whether you have an unhealthy obsession with taunting in Smash, teabagging in Halo, or spamming the same f**king move over and over again, we’ve all developed a nasty habit or two in our gaming years.

But what about good ol’ HLBC, huh? He sure is a handsome standup guy! What kind of bad habits does he have? Well, I’ve developed quite a few since I first started playing video games at the premature age of two and boy do I mean quite.

So sit back and relax, because Professor HLBC is going to lay it all bare to you tonight, baby. Here’s my list of bad habits that I can’t help do every single time.

5. Over-preparing for the final boss.

Oh boy…this one is definitely a problem for me, and Final Fantasy VII is a perfect example for this. I remember trudging through the home stretch (AKA the last stretch of enemy encounters before the final boss), and I couldn’t even manage to survive through that to even get a whiff of Sephiroth’s crotch! The Tonberrys were too much for Cloud, Tifa, and Vincent to handle. I mean, if I couldn’t even survive the home stretch, what fat chance did I have at lasting a minute against Bizarro Sephiroth? So I did the only sensible thing any gamer would do: start packing. I traveled all over the map gathering all Level 4 Limit Breaks, leveling up my characters, getting their ultimate weapons, materia hunting, chocobo breeding, snowboarding, submarining, gauntlet challenging, and stocking on Phoenix Downs and Megalixirs. By the time I returned, I was ready to rumble; but something felt off. Having an “All Cast+Big Shell+White Wind” on my party made things much easier. Bizarro Sephiroth wasn’t even a challenge.

That was cool, but knowing my history of Japanese games and their obsession with final forms, I figured the next fight would be much more challenging. Well, one Quadra+Knights of The Round summon later and One Winged Mama’s Boy was spanked faster than an S&M fetishist. It was all too easy to the point where it wasn’t even challenging; but at the same time I felt a great deal of satisfaction knowing that all of those hours of grinding paid off in the end. I’ve handled all of my JRPGs in the same manner with the likes of Xenogears and Chrono Trigger ever since. I’m trying to get better at letting go of this nasty habit, but it’s not easy. It’s like putting three condoms on before you have sex. Sure it may seem smart on paper, but it’s really unnecessary and unsatisfying in practice. Pull-out method FTW.

Me before work every morning.

Yeah, I’ll admit it; when I can’t find those gems in Captain Toad or don’t know what to say to Chihiro Fushimi (best girl) to woo her out of her pants, I’ll look online. Who has time for finding the answer to that stupid block puzzle at that block island in Wind Waker on their own? I sure don’t. I have more important things to do, like sleeping! I’m a pretty sharp guy but I’m also impatient; which doesn’t help this bad habit of mine.

Take level 3-6 in Kirby’s Dreamland 3, for example. You would have to spend hours trying to find the secret doors to gather all of R.O.B.’s body parts since Kirby games are infamous for their “door mazes.” Or you could just look at Flying Omelette’s guide to find it in a fraction of the time.

And what about the infamous ice block puzzle in Snowpeak Mountains from Twilight Princess? I’m sure it took a few of us at least an hour or two to figure that out? It’ll take roughly 20 minutes once you’ve looked up a guide for it. It’s a lot more tempting to look certain things up online in a pinch than taking the time to figure out complex puzzles these days.

Pots. Zelda. I’ve done it. You’ve done it. Stop shaking your head because denial is such a bad look for you. You’re honestly telling me that you saw all of those pots in every Zelda game since Link to The Past and never broke all of them? Think about what you’re missing out on! There could be rupees, freshly beating cardiac muscles, snake oil, fairies, arrows, bombs, or even a moblin ready to jump out and give you a hug! 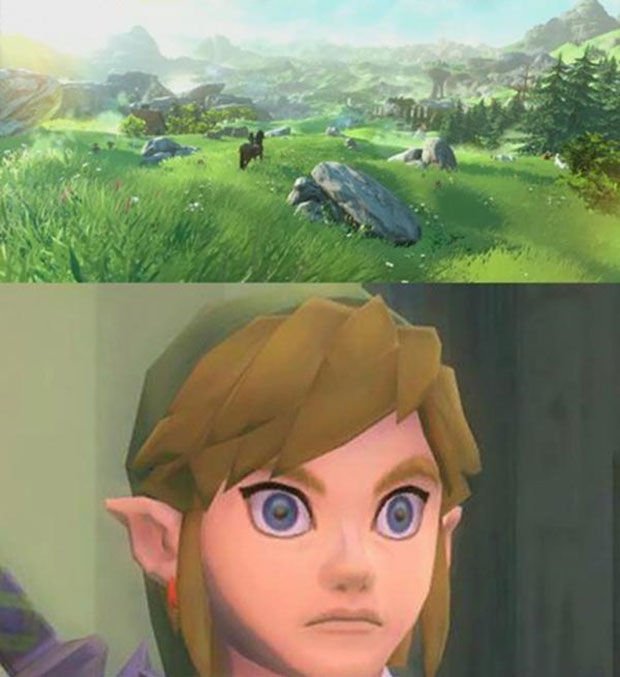 But why stop there?! You can vicariously live out your secret fetish of being the sexy Hispanic landscaper who’s constantly being eyed on by the hot and bothered housewife by cutting all of that grass! You got a big ol’ Master Sword that’s just begging to be used for its true purpose. I went absolutely nuts in Hyrule Warriors. Not a single blade of grass was spared. 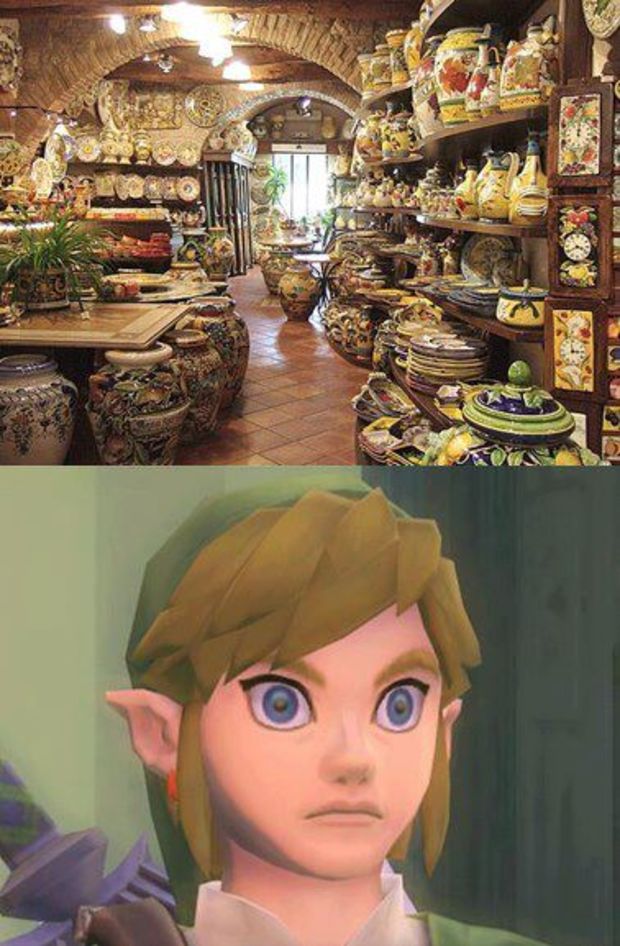 Remember what I said about over-preparing? You know, about stockpiling all of those valuable items? Notice how I never said anything about using them. Megalixirs? Too valuable. Rocket launchers? Can’t waste them. Max Revives? My Pokémon can survive. After all, you either worked really hard to nab those items or just got a really good drop. Why waste them on something trivial like a mid-boss? That would be dumb. Let’s just hold onto those rare items for a little longer. Saving those four sledgehammer suits for the past six worlds sure wouldn’t hurt…I think……ah screw it! Just save them in my inventory for eternity! 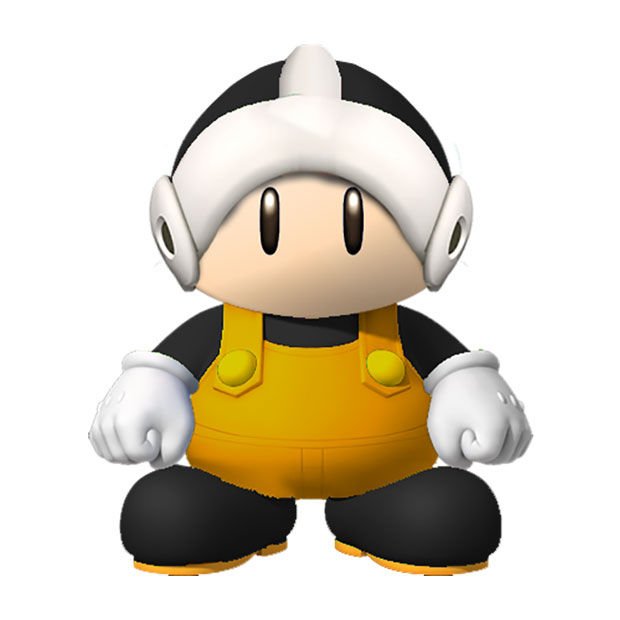 1. Jumping through the boss door.

If you were sharp, you probably would’ve guessed that the header image was my biggest guilty pleasure in all of gaming. Like a smoker addicted to nicotine, I just can’t help myself. I must jump through the boss door in any Mega Man game I play. Running through is too lame. Dashing and sliding are cool, but that jump animation is too iconic. Dash jumping through the door in the X series is acceptable. I don’t know what it is. Maybe I’m just insane. Maybe you are. Yes, it’s definitely you. Not me. Jumping through every single boss door in Mega Man is completely normal and rational; even sacrificing a life because you didn’t jump through the door to fight the boss for the third time.

But what if it’s your last life and you didn’t jump through the door to fight Flame Mammoth? Well…

Are there any guilty pleasures or bad habits you have in gaming? Like playing with one hand while giving yourself The Stranger? Fighting the inevitable gamer itch at the worst possible moment? I’d love to hear about them!

In other news, I’m now a reservist recapper! So expect to see a Buster-ism or Lemon-gasm (thanks Shade) in the near future whenever our veteran cappers need a break. I’m so excited to be taking an active part of the community now! I figured I’ve been around here long enough, so it’s time for me to give back somehow, even as a reservist. I love this site and the community even more. Thanks to the Recap team for giving me the opportunity to show my stuff! 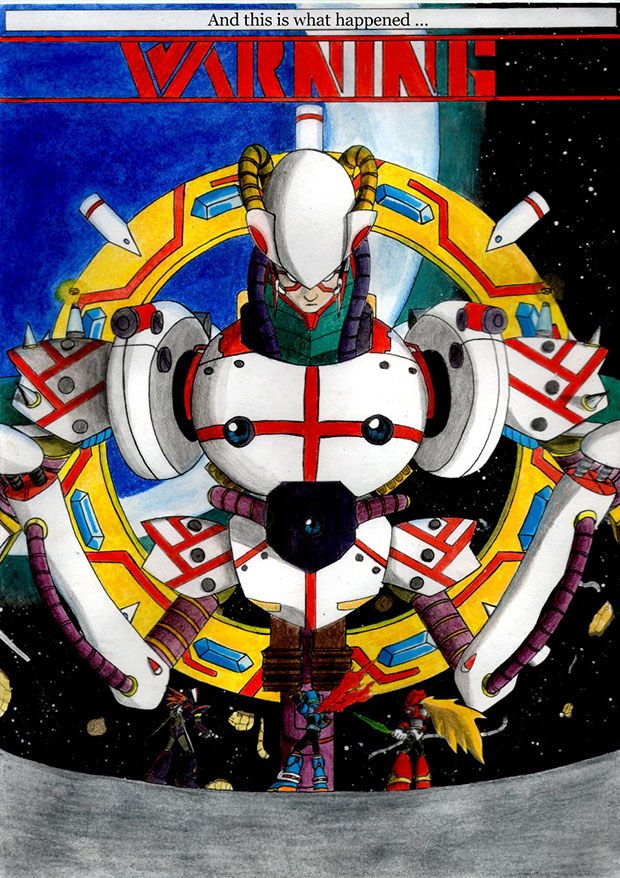 This is why I over-prepare.