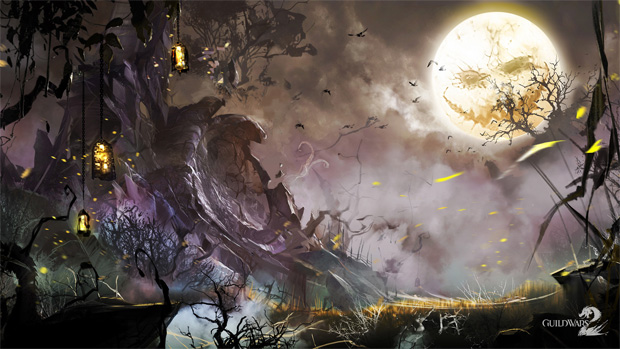 If you’ve been neglecting Guild Wars 2 as I regrettably have, the latest content update should offer plenty of incentive for you to clear some time for ArenaNet’s Halloween festivities. Shadow of the Mad King begins today with the first in a four-act story arc.

They’re appropriately setting the mood with tales of a king who went, well, mad and was chopped up into pieces by his people hundreds of years ago. Has he returned, as the dead so often do in videogames? This new story will be an ongoing event that carries through to October 31.

Additionally, Halloween-themed crafting recipes, new items from the Black Lion Trading Company, fresh events, mini-dungeons, and more are being added. ArenaNet is intentionally withholding the specifics, but there’s said to be approximately 80 pieces of content all told.