There are a lot of great resources out there for Overwatch players. Tons of guides, tutorial videos, and strategies that you and your crack squad of regular teammates can employ. Deep strategies you can use to climb the competitive ladder and improve your game.

Which is great… for the players who actually experience the game like that.

But, what about the rest of us? What about us poor sons of bitches that have limited time and a meager pool of would-be teammates? Those of us who just hop online with a spouse, partner, or buddy and have to rely on the slot machine that is the public queue for our teammates? How do you tilt the odds in your favor when you can only depend on yourself and one other person to shoulder the load?

That’s when you need some great duo play. A pair of characters with some good synergy and an easy strategy that works no matter what the rest of the randos on your team are doing. A pair of characters strong enough to (hopefully) drag the other four bastards across the finish line, like it or not.

Your mileage may vary, but for my money these are some of the most effective two-man teams in Overwatch. 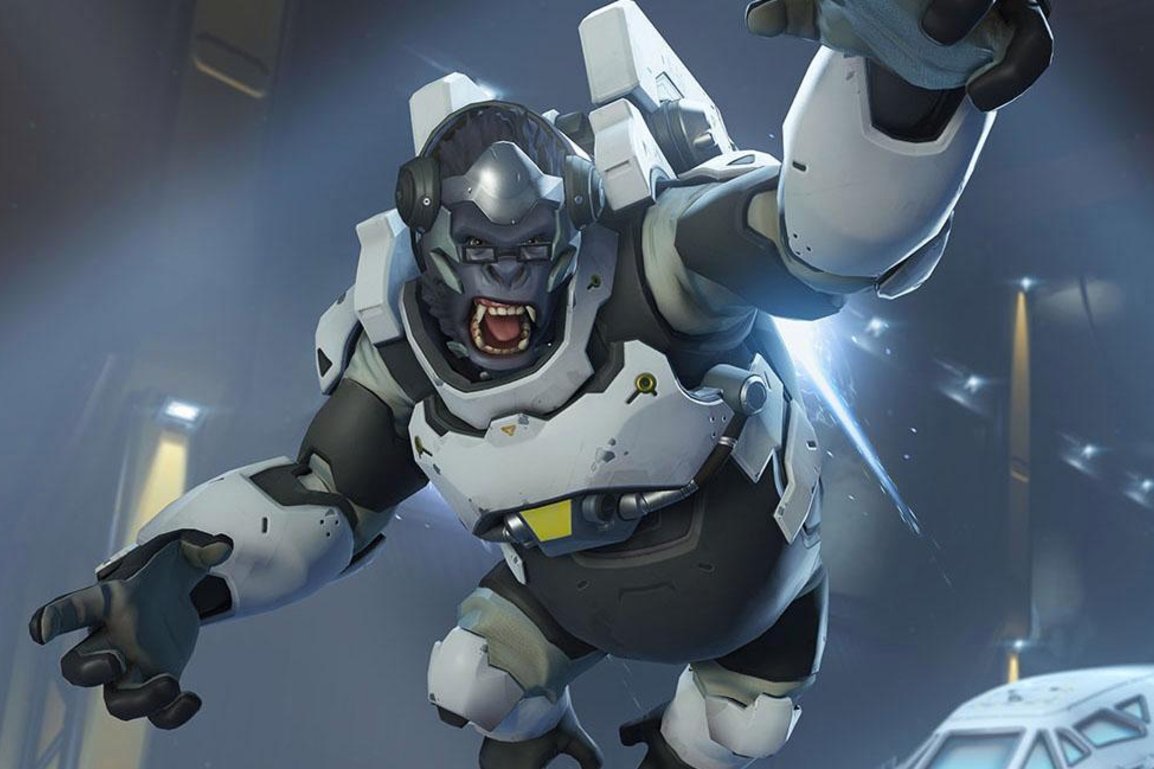 This is a duo that works because it shores up Winston’s weaknesses while also providing flexibility and support to the rest of the team. Zenyatta is always a solid choice in public matches since he combines both healing and DPS, but he really shines when paired with Furious George.

Winston is a sturdy tank with great mobility, but in the chaotic world of public matches, he tends to be stranded by supports that can’t (or won’t) follow him in during a dive. With a Zen orb slapped on him, the big ape becomes a lot harder to take down and spends far less time scurrying between health kits. With a little coordination, Zen can place a discord orb placed on Winston’s target and let his tesla gun do real damage for a change. It’s also a great duo for making sure the team has some kind of tank and support presence (not always a guarantee in the public setting).

This is a really fun team that works better than you might think at first blush. Tracer and Sombra are a high-energy duo for players who both want to run around, shoot things, and be as annoying as possible.

Sombra’s hack combined with Tracer’s damage output and their combined ability to dive behind enemy lines make them a fearsome assassination squad, so long as they work together. Sombra’s hack disables the defensive skills and escape options most characters immediately turn to when Tracer is on them (McCree’s flashbang, Mei’s ice block, Mercy’s guardian angel flight, etc) which gives Tracer the chance to dance all over them. Sombra’s damage is never spectacular, but her deep clip and ability to just spray away is fantastic for finishing off characters who manage to survive a burst from Tracer.

Both characters also have amazing escape abilities for getting out of trouble. You can jump in on a team, kill their supports, and vanish into the ether, making them a frustrating pair to have to deal with. Sure, they aren’t your typical offensive line, but when in Quick Play, do as the Quick Players do. 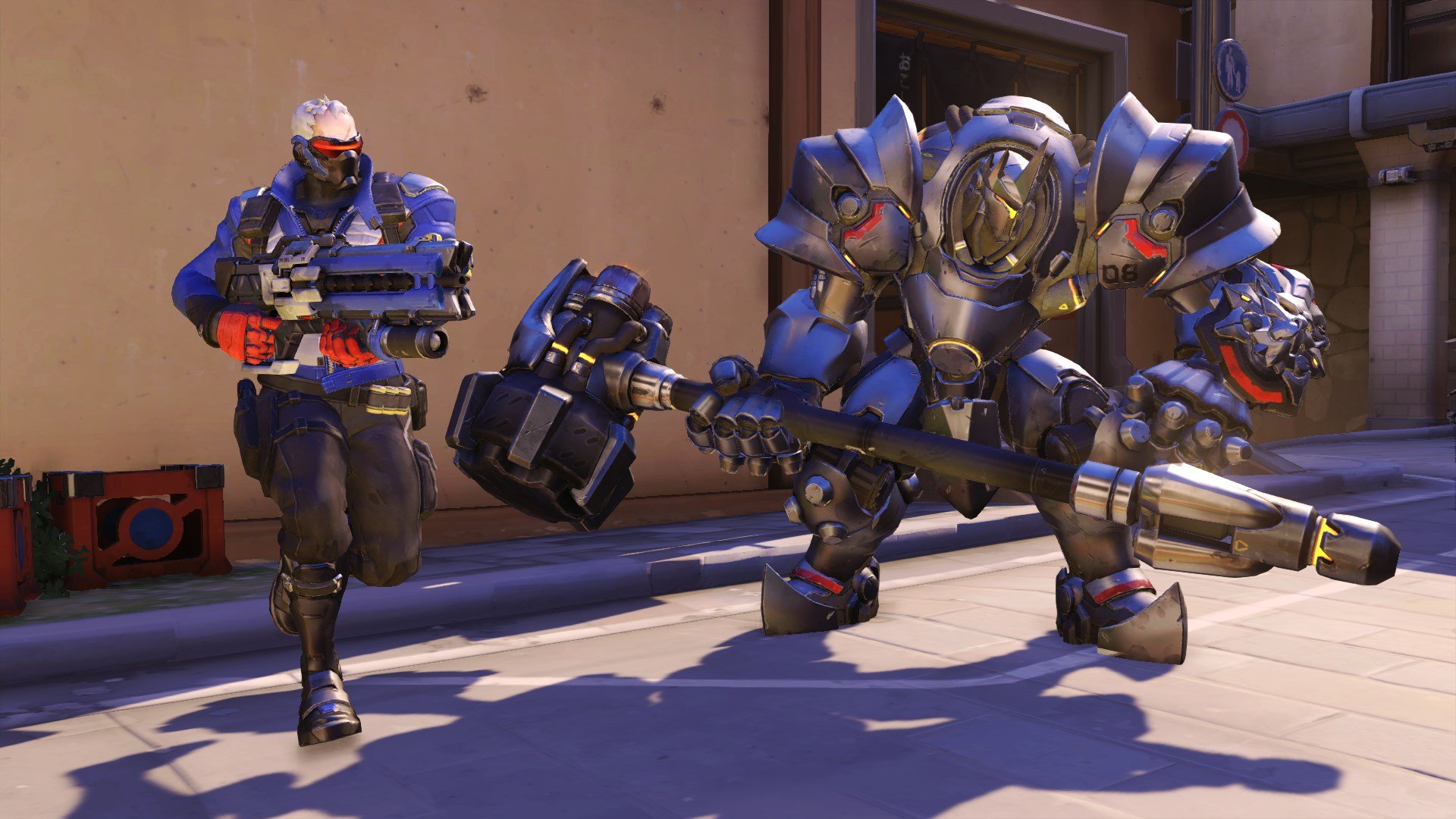 Okay, is this pair even worth mentioning? If Tracer and Sombra are the crazy, experimental, new-wave of an offensive line, ol’ 76 and Rein are the inoffensive soft rock of Phil Collins – boring, but it gets the job done. This is a great pair for any duo looking to shepherd a group of randos to a win.

Reinhardt puts the big glowing rectangle in the way, and 76 takes a break from shooting people every once and awhile to slap down a biotic field for the two of them – easy-peasy. If a team doesn’t naturally form around this core duo, then they were always going to run to their death like lemmings.

Robots of the World Unite – Orisa/Bastion

Playing on a defense map? Wanna be a pair of real assholes? Drop in as Orisa and Bastion together and form an unmovable block of sheer dickishness.

This team works because Orisa helps mitigate the usual counters that prey on Bastion. While players have been covering Bastion with Reinhardt’s shield since the beta, Orisa can take it a step further by protecting Bastion with her remote shield while still being able to move and return fire herself. When the enemy team’s Hanzos and Widowmakers can’t just snipe Bastion away like a rusty tin can off a fence he can turn any control point into a real meat grinder. Between the shields, the self-healing, and the damage resistance the two of them have, they can create a hard to dislodge obstacle that is constantly spitting a wall of bullets. It takes some deft coordination and teamwork to break them down (which hopefully the enemy team won’t be capable of).

Also, I’m not going to pretend like an supercharged Bastion is something that happens very often, but when those stars align, it’s a hell of a moment.

Another defensive duo, Mei and Symmetra are a mean pair for terrible people who want to ruin everybody’s fun. Seriously, the only thing more annoying than being frozen and headshotted by Mei might be being mercilessly microwaved by Symmetra. Having both done to you at the same time is just miserable.

There is obvious synergy with both Mei and Symetra being powerful area denial characters. Mei can of course close down choke points with her icewall, and Symetra can make any area a death trap with her turrets. Combine the two and you have a real nightmare on your hands. Just as soon as you break down the icewall, you have to stop, look around, and knock out every single little laser spewing turret in the area. And guess what, by the time you’re done that, the icewall is ready again! Even better, Symetra is rebuilding her turrets again. It’s a never-ending carousel of pain.

But wait, there’s more! On top of their ability to slow a match to a crawl, Mei and Sym are nightmare hell creatures when you find them on the battlefield. The thing that is dangerous about both Mei and Symetra individually is that they are both characters you have to kill quickly, or you lose. Anytime Mei starts hosing you down, or Symetra attaches her laser to your ass, you only have seconds to respond before certain doom. On their own, both Mei and Symetra are dangerous close combatants that demand your immediate attention. With both of them working together to pounce on you at the same time, it’s nearly guaranteed death if you don’t GTFO as soon as you see them. Enjoy trying to run from Symetra’s auto-aiming laser bullshit while you’re being slowed to a toddler’s waddle by Mei’s ice hose. Fun times. 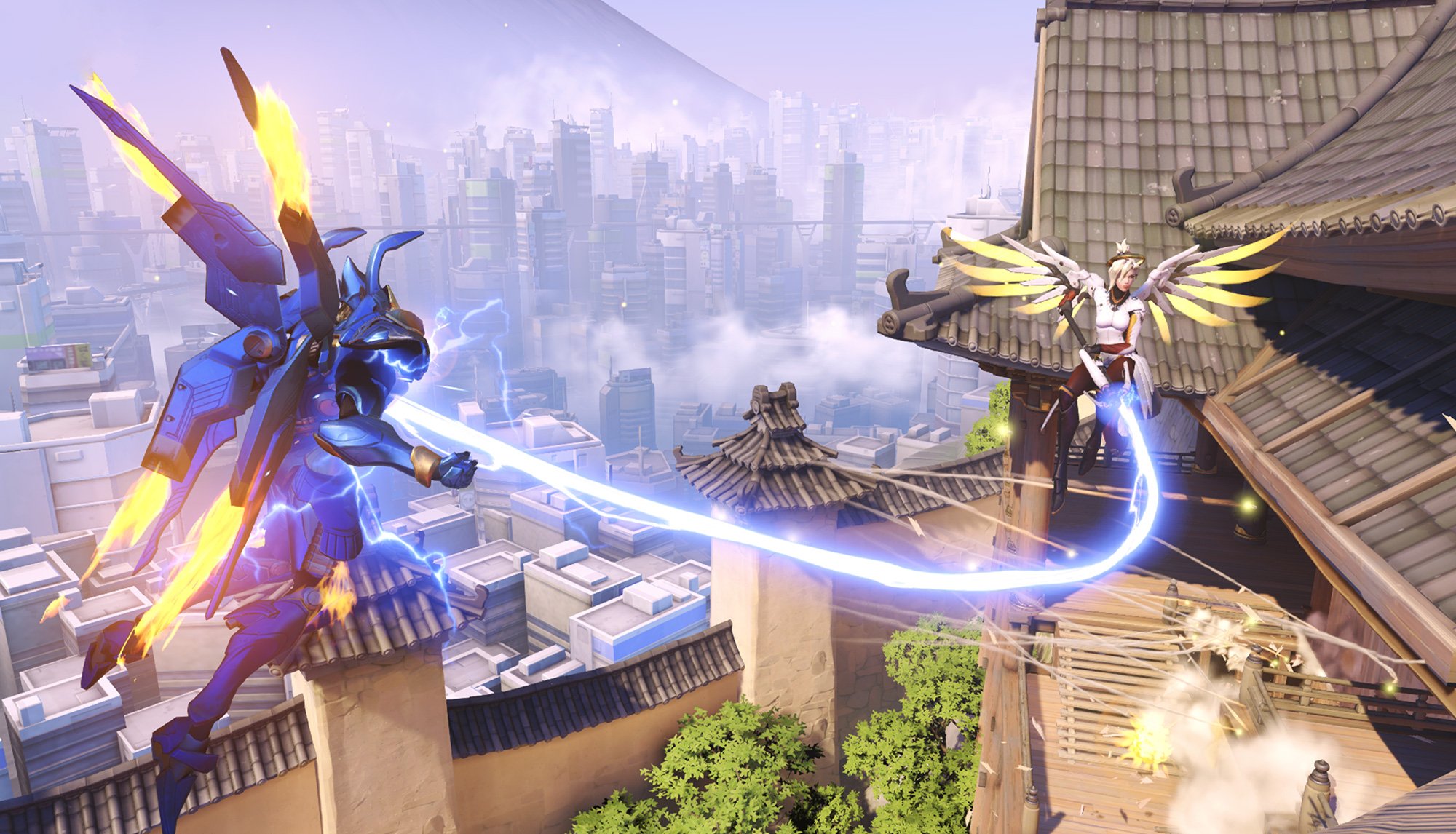 I mean, c’mon. There’s no messing with the classics.If you can’t make something happen with these two, there’s just no hope.

How bout you? Do you and your Overwatch buddies have any favorite duos you like to use? How do you tilt the odds in your favor?