It’s an easy hybrid to learn

Booting up the Phantasy Star Online 2 Xbox One beta (which is only running through tonight) and looking through the class choices sight unseen can be daunting.

Not only do you have to sort through all of the not-so-D&D terminology (Hunter = loose Warrior, Fighter = loose Rogue), you have to pick something you’re unsure of for a brand new game that’s had a meta developing for years in Japan.

Don’t worry though: if you pick Braver, your options will be open from the start.

So let’s translate “Braver” real quick. Phantasy Star Online 2‘s rendition of the class is basically a jack of all trades type deal. You have access to multiple weapons at the start: bows, katanas and gunblades (yes, all three). To change between any of them at will, you just press up or down on the d-pad, then press A to confirm. You don’t have to unlock any of these weapons or abilities for them, you have them right away.

The bow is your pure ranged mode, and perfect for dropping back during a really aggressive boss, especially if your party consists of mostly melee brawlers or you find yourself low on health. All of those possible scenarios pretty much showcase the Braver’s best qualities: you can adapt to any situation or just go full-hog with the style of play you enjoy, especially early on in the game.

If you prefer to be one of those aforementioned brawlers, the katana is your huckleberry. It’s incredible fast and dishes out a lot of damage in the early game, but it’s also rather flashy as it starts with the “Nocturnal Blossom” ability: which acts as a fighting game upward launcher for aerial raves. As long as you have PP (mana, basically) you can spam it and keep afloat. It’s a really fun introduction to PSO 2‘s combat system, and should keep you engaged if you tried another class and hated it. 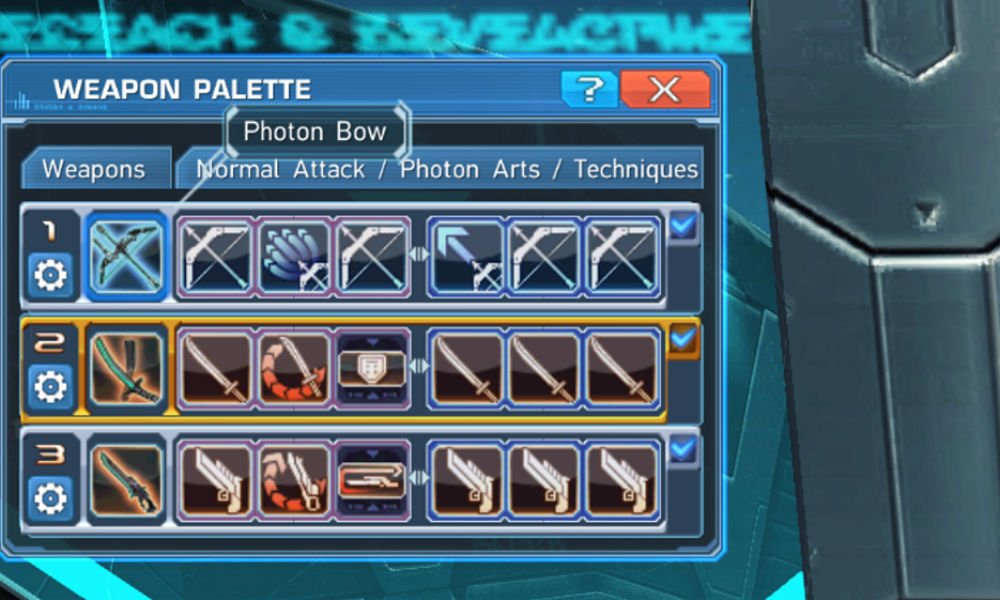 The Gunblade is a mix of both styles. It starts off as a close-combat blade, but if you press RB you can swap modes on the fly and shoot projectiles. It’s far more straightforward, especially at the start of your journey when you don’t have that many photon arts (abilities) for it, but it’s flashy just like the katana and the combos (that involve both the blade and bullets) are fun to muck around with.

If you end up not liking the Braver later on, you can swap your class at the Class Consultant desk (right in the center of the main mezzanine, behind the quest counter, to the left). You can even add classes/skill trees on top of your main choice too. PSO 2 is flexible. In fact, if you hate the Braver and went through all of the trouble to make your perfect avatar, you can swap right after the tutorial. You only need to semi-worry about swapping when you start training your Mag (your companion that can influence your stats).

If you haven’t figured it out by now, Phantasy Star Online 2 rules. What other game can you start as a katana-wielding maniac in a tuxedo and very small glasses, while standing next to an avatar named “Buc Nastea” that looks like Evangelion Unit-01 (see above)? Maybe Final Fantasy XIV: that’s about it. The full game is aiming to launch sometime after April 1 of this year on Xbox One, with a PC release also in the cards. All progress from this beta will carry over.