A quick(ish) breakdown of the Nexus Challenge 2.0

It’s an exciting albeit overwhelming week for Heroes of the Storm — especially if you’re an Overwatch fan. Aside from new character reveals (D.Va!) and introductions (Genji!), and the game’s far-reaching 2.0 launch (expect to get a ton of free stuff), there’s also another Nexus Challenge to undertake.

Last time, Blizzard had us play 15 matches in HotS with a friend to earn a sweet Oni skin for Genji in Overwatch, and 15 more for several hero unlocks and a 30-Day Stimpack. I did some of my matches by grouping with random players in the “nexuschallenge” chat channel — a surprisingly pleasant experience — and the rest with Destructoid’s own Kevin McClusky, who was only just dipping his toes in the game. All told, it was a memorable event with a good incentive to get back into a game I enjoy.

For the Nexus Challenge 2.0, there’s even more up for grabs, but the process isn’t quite the same as before. The overall event runs until May 22, 2017, but it’s further broken down into four individual “quests” that will open up one at a time, on a weekly basis, and must be completed in order.

Before you get started, make sure to claim your 20 free heroes. It’ll be kind of hard to miss the prompt to do so once you’re inside Heroes of the Storm but, at the same time, there are a bunch of pop-ups for other rewards presented one after another, so I could see how some players might overlook it.

As of today, Quest 1 is already open. To complete it, you just have to finish five games with a friend in Versus A.I., Quick Match, Unranked, or Ranked. The rewards for clearing this goal are:

This criteria will be familiar to anyone who participated in the last Nexus Challenge. I’d recommend trying to roll with a full group of five players, even if some are strangers, for stupid-quick wins against the computer. Just say you’re “looking for a group vs. A.I.” in a chat channel like “nexuschallenge,” and don’t forget to add at least one of your teammates to your friends list for the quest to count.

And if you’re unfamiliar with HotS, don’t stress — everyone’s after the same thing, and most veteran players are extra accommodating during these events. Also, to check your current progress, simply click on the exclamation point on the bottom-right of the screen, near the chat box.

Quest 2 opens May 2. You’ll need to have cleared the first quest and then play five more games with a friend in Quick Match, Unranked, or Ranked. The ensuing rewards are:

Note that from Quest 2 and on, matches against the A.I. won’t count for the Nexus Challenge — you’ve got to be a real hero and go up against a team of real human beings, nerve-wracking as that might seem. This is the part where I kindly point you to beginner materials, if you need them. 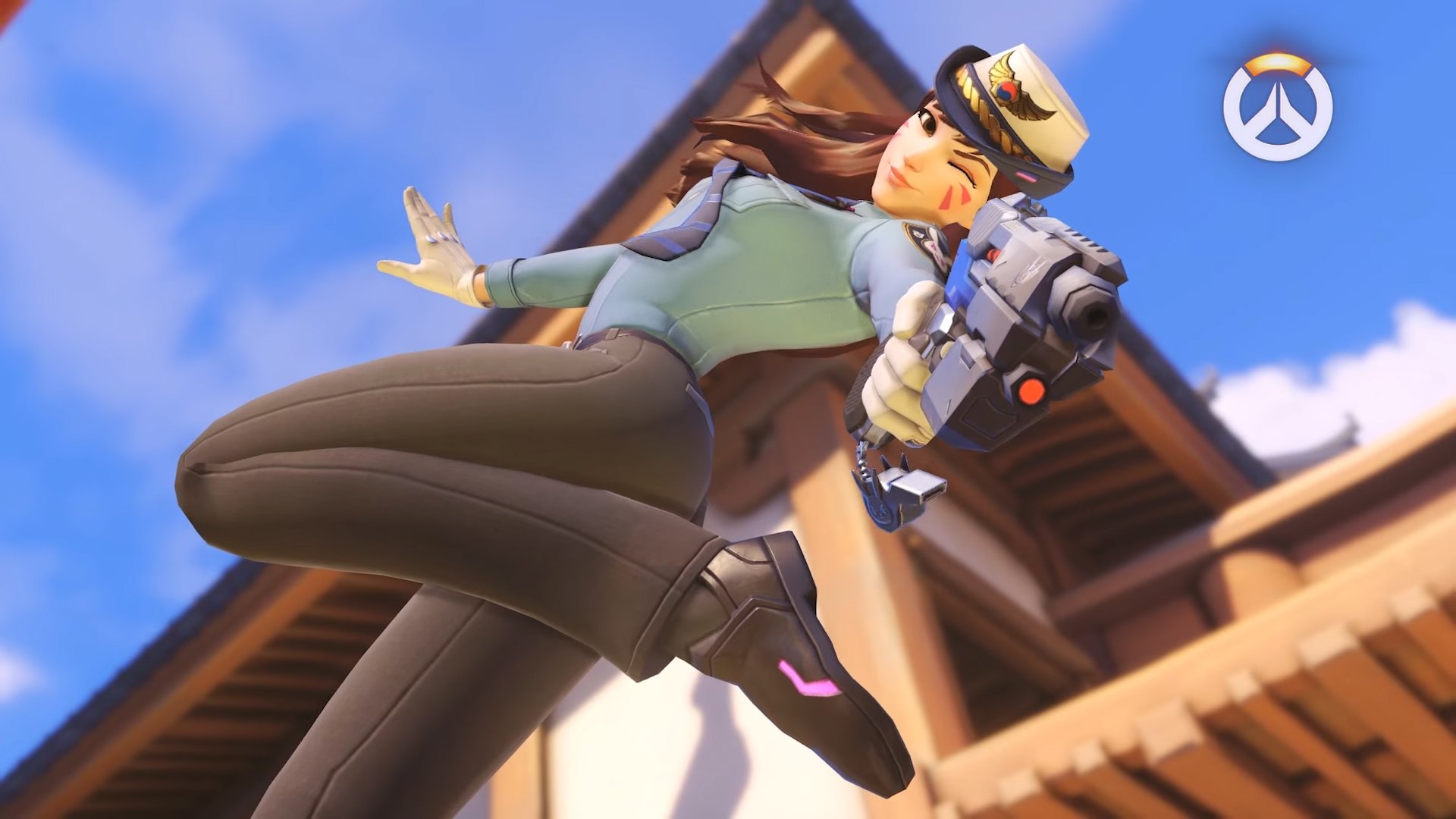 Quest 3 opens May 9. After finishing the prior quests, you’ll have to complete five more games with a friend in Quick Match, Unranked, or Ranked. More rewards:

Finally, Quest 4 opens May 16. Once you’ve beaten the first three quests, you’ll just need to do five more games with a friend in Quick Match, Unranked, or Ranked and you’re done. Worth it?

Even if you wait until the fourth quest opens to get started, this challenge is still fairly doable with its May 22 deadline (not that I’d recommend putting it off that long). I feel like many people will just want the Officer D.Va skin, and that only requires completing 10 matches with a friend. Easy peasy.

Oh, last thing: if you’re an Overwatch console player, don’t forget to link your accounts. You can do that by logging into Battle.net and going to Account Management > Security Options > Connected Accounts. According to Overwatch’s director, you can get the two skins “at a later date.” This was brought up by console players, some of which did not have access to a PC to play Heroes of the Storm.

Nexus Challenge 2.0 [Heroes of the Storm]