Editor’s Note: We’re not just a (rad) news site — we also publish opinions/editorials from our community & employees like this one, though be aware it may not jive the opinions of Destructoid as a whole, or how our moms raised us. Want to post your own article in response? Publish it now on our community blogs.

Ladies and gentlemen, I am concerned. Once again, it seems that a great many people are suffering, and that’s hard to watch. This tends to happen when fighting games are involved, and while I’m not exactly sure what causes it, I like to do what I can to help.

To that end, I have put together a simple troubleshooting guide that might soothe some of the unbearable pain you seem to be experiencing. Hit the jump for some easy instructions on how to STFU about Super Street Fighter IV.

Above all, this is an effective method of problem solving that will, in most cases, alleviate any issues you may be experiencing. Think of it like a reset button. Should any of the measures you’ve attmepted prove ineffective, rest assured that simply closing your mouth and worrying about something more important is usually enough to set things right. It can be difficult to believe, but there really are better things to get upset about. If that fails, try some of the troubleshooting steps outlined below.

Problem: I already bought SFIV. Why do I have to buy it again? 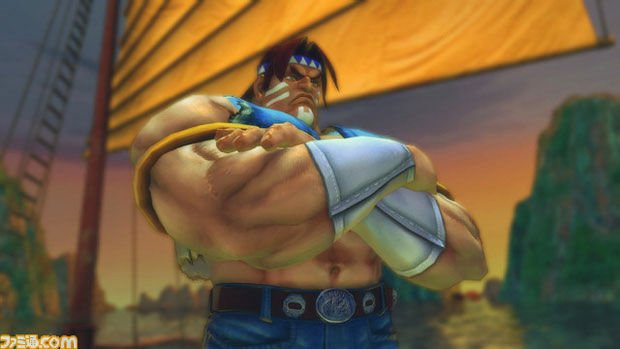 Solution: You don’t. While the simple addition of the word “Super” to the title isn’t enough to make this seem like a new game, that’s kind of what it is. Adding new characters and rebalancing the old ones is going to completely change the way it’s played, not to mention any additional Ultras and new attacks that are being thrown in. That doesn’t look like much on paper, but if you play Street Fighter, you know that the tiniest tweaks can make a world of difference.

And if the rumors are true, we’re going to see anywhere between eight and ten new characters. That bumps the roster of playable fighters up quite considerably over the first edition. Bonus stages are said to be making a comeback. A new lobby system. Tons of new content. Whether or not you think it’s worth paying for is up to you, but this is by no means the same game. Capcom’s been doing this since the franchise was born, and it never is.

If the above is not enough for you, the short answer is, you don’t. No, really. Nobody is forcing you to buy it. Still having trouble? Refer to Step 1.

Problem: SFIV just came out, why is this happening so soon? 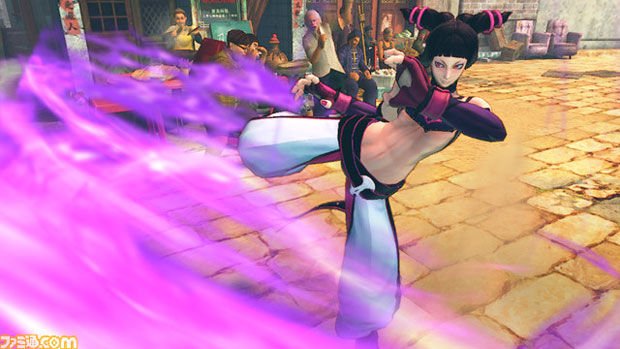 Solution: It’s not. We don’t even have a release date yet, beyond a general “Spring 2010” ballpark. By the time this drops, it will have been more than a year since the first edition was released. Did you really not get your money’s worth? How many $60 games did you buy in 2009 that remained just as fun for over a year?

You paid $60 for Arkham Asylum this year and didn’t seem to mind. Are you still gonna be playing that come December? So why does this bother you? Sports games make their previous versions worthless every year and nobody stamps their feet and cries for their mommy about it. Given, some years they undergo bigger changes than we’ll see with SSFIV, but we also haven’t had NINE Street Fighters this decade, have we?

The point is, if you bought SFIV in February, you’ll probably have gotten a lot more than sixty bucks’ worth of fun out of it by next Spring. When a whole year of awesome gameplay for the same money you spent on Mirror’s Edge or Assassin’s Creed still leaves you feeling ripped off, I don’t know what to tell you. Maybe you should have spent that cash on a Fleshlight. Or better yet, a visit from one of those “assisted suicide” doctors, so you can end the painful misery of knowing that nothing will ever be good enough for you.

Problem: We live in the digital age, this should have been DLC 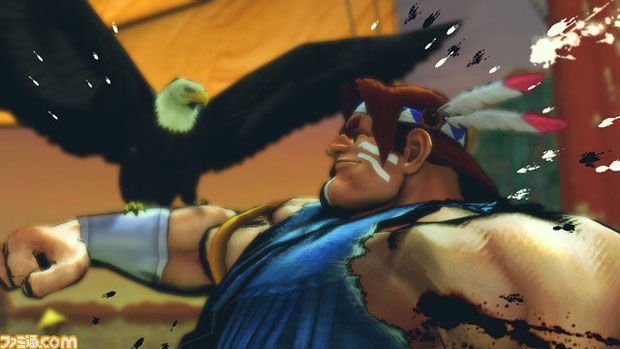 Solution: Maybe you missed the last few paragraphs, but in case you haven’t heard, there’s a lot of stuff being changed, retuned, updated and expanded, and at least eight new characters being added. For one, that would be a bigass download for people who don’t have a lot of space left on their hard drive. Secondly, you’re talking about tinkering with a huge portion of the game’s code, and that’s a Pandora’s box full of potential for fuckuppery.

I can understand where you’re coming from with this one, and I love my digital downloads as much as you do, but for something this enormous? I think I’d rather Capcom just do it right, make sure it works, and then put that working game on a whole new disc, thank you very much. Save me the trouble of all the potential compatibility issues and save me the ton of HDD space as well. I don’t need the virtual equivalent of the Genesis power tower. If it’s that big, it belongs on a disc, at least until console hard drives are big enough that it’s not an issue for anyone who wants it.

Problem: This new version isn’t worth the money, even at a discounted price 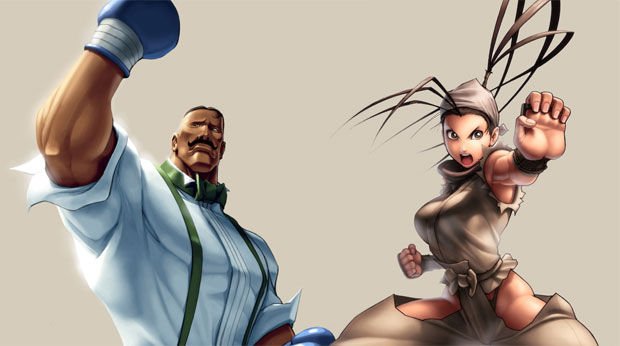 Solution: Tell us what you know! Seriously, spill the beans, we want to know what else is on the disc. You obviously have some kind of awesome inside scoop on what else is included if you can say it’s not worth it. Did Dudley make it in? Is Ibuki really coming back?

Wait … what do you mean you’re not sure what’s on the disc yet? You don’t know? Then what the fuck are you complaining about? You might feel that way after you know for sure what’s included and exactly what it will cost you to get a copy, but until then, it’s a bit early to be crying.

Oh, I know you. You’re that same guy who always says you’re waiting for a full 6-hour demo and a price drop. Or that nothing’s worth the money without 500gb of free DLC and a ton of pre-order bonuses. Man, it must suck to be you. What’s it like to never play new games because nothing’s ever a good enough value?

Problem: Capcom is milking us dry, they shouldn’t be charging for this AT ALL! 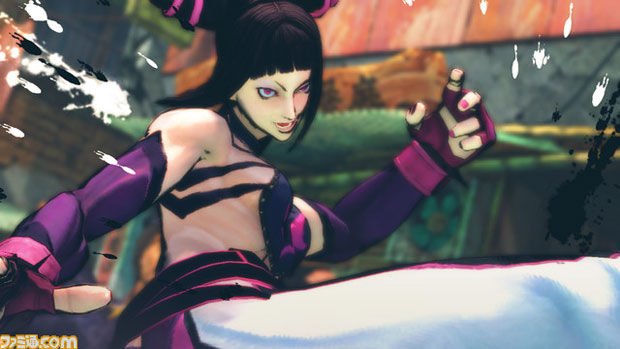 Solution: Consider the possibility that you may very well be stupid. I’m not trying to insult you, I say this out of genuine concern. If you actually believe Super Street Fighter IV should be given to you for free, you might be a certifiable idiot, and should probably stop reading now so you can go see a doctor.

Working in this industry for a few years has taught me that very few people understand this concept. You might find it mind-boggling, but real human beings worked on this game, and those people deserve to eat. They deserve to pay their bills and be compensated for their time and effort. Nobody likes to work for free.

“But what about MEEE? I work hard! My money is valuable!”

Well you know how it feels then, don’t you, motherfucker? You work hard for the money you spend on games, and somebody else worked just as hard so you could have them to play. Why don’t you want them to get paid for that? What makes you so special, little miss snowflake? 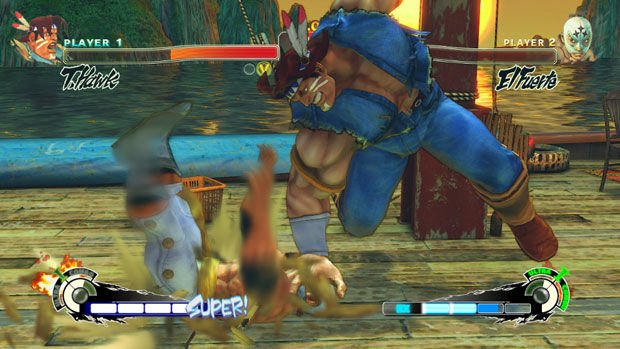 These seem to be the most common concerns. If you’re worried about the fact that it’s not compatible with the original for online play, you needn’t fret about that, either. I’m sure there will be a few other disgruntled souls out there who won’t want to buy it, and they can keep you company while the rest of us are too busy having fun with the new one.

But there really are better things to bitch about. This isn’t one of those situations where the content was already on the disc and you had to pay to unlock it. Capcom has listened to its fans and made the adjustments and corrections we’ve been asking for, and thrown in a tremendous amount of new stuff on top of it all. I would’ve been happy with rebalancing, a Shinkuu Hadouken for Sakura and a couple of new characters, personally, but I’m getting a whole lot more than that. For starters, a sexy Korean girl with some quick, fluid attacks and the kind of straight, black Uma Thurman bangs that set my heart on fire. But that’s just me talking. 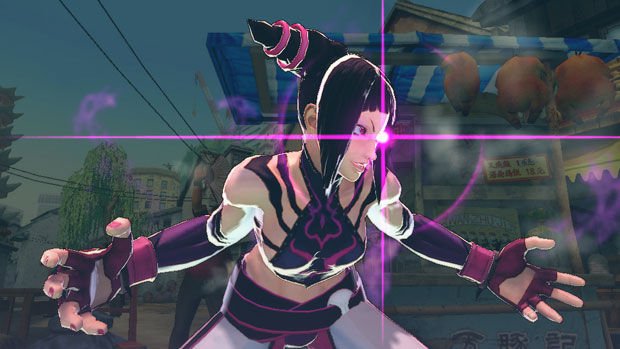 The truth of the matter is, nobody is holding a gun to your head and making you buy SSFIV. Some of us are really pumped about it, and if you’re not one of those people, there’s absolutely nothing wrong with that. If you don’t like the fact that it exists, you can easily voice that opinion by not spending your money on it. That’s how it works. But please, find something better to get angry at. There have been far worse crimes committed against gamers, and chances are, you spent your money on them.

At least you have the option this time around.