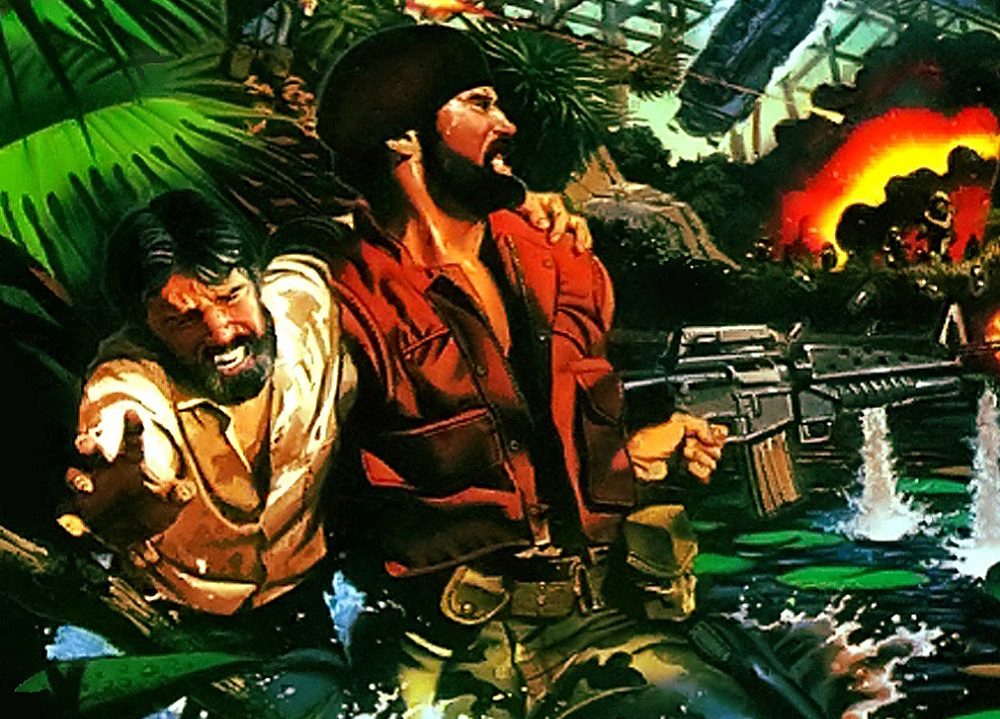 This week’s retro re-release certainly offers something a little different, history-wise, as the retro fans over at Hamster having chosen SNK’s on-foot jungle shmup Guerrilla War as its newest Arcade Archives entry, now available to download on Nintendo Switch.

Originally released in arcades in 1987, before being ported to numerous home computers, Guerilla War follows two UNNAMED commandos as they fight through an UNNAMED Caribbean island in order to free it from an UNNAMED dictator. Similar in style to SNK’s earlier Ikari Warriors, gameplay sees one or two players battle through the undergrowth against an army of enemy soldiers. The arcade was notable for featuring rotatable joysticks allowing for simultaneous eight-way movement and directional fire.

Check out the action in the video below, courtesy of YouTuber GameingfromTwo.

By far the most interesting aspect of Guerrilla War remains the controversy behind its original release. In Japan, Guerrilla War – in its own ridiculous, convoluted way – is openly supposed to be about the Marxist Revolution and the fight against the Batista regime. Player one is Che Guevara while player two is Fidel Castro. In fact, when Guerrilla War was ported to the Famicom, it was straight re-titled “Guevara.” Of course, this angle was subsequently dropped for the arcade and home computers English localization, but it remains a fascinating little piece of video game history.