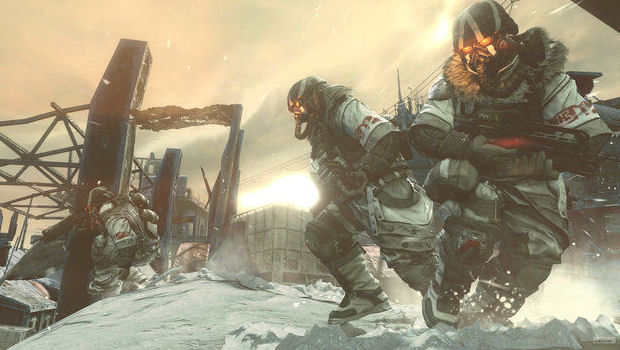 In an interview for the recently announced Killzone 3, Guerrilla has sensed significant distance between now and 2005 in order to finally hold up its hands regarding the infamous Killzone 2 E3 trailer.

In case you didn’t know, the trailer is famous for its bullshit, as the video claimed to be PS3 footage when it wasn’t. After our minds were blown by the graphics and animation, it later transpired that the studio had just been guessing what the PS3 could do, and worked from there.

“It’s very much a double-edged sword in many ways,” says managing director Herman Hulst. “I think, on the downside, it was a humungous amount of pressure. The team, in 2005, was so very, very young. But I think, more importantly on the positive side, that the trailer was our creation. Me and the guys basically worked on it together; our team put it together; it was our vision for the title.

“We had researched the capabilities of the PlayStation 3 extensively. We knew what was possible, and that was the vision that was communicated to the team internally, primarily. Then it was communicated externally, and that was the pressure I was talking about. What was great about it is that that’s what we love to do. We’re the kind of team that loves to take a platform and then really squeeze the maximum out of it. It’s very much what we’re about. It’s our DNA.”

Luckily, the studio was able to get a game that looked relatively close to the concept, at least in terms of graphics if not quite in animation. Doesn’t really matter because the game itself ruled, and some of us care more about gameplay than graphics. Hopefully Killzone 3 is less about the visuals and they spend more time promoting how it plays rather than how it looks, although I can see this 3D thing being way overhyped.

World first: Killzone 3’s Hermen Hulst on going “above and beyond” [VG247]