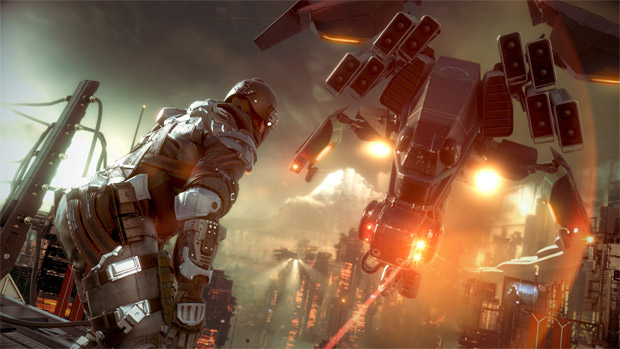 With the shiny, high-resolution look of the PS4 games we saw tonight, you’d expect that the cost of development would be much higher than games of the previous console generation. According to Guerilla Games’ Hermen Hulst, the cost of making Killzone: Shadow Fall is comparable to previous series titles, and that it’s “not as scary as maybe some led you to believe.”

During a developer roundtable discussion tonight, Hulst pointed out that while previous Killzone titles used a team of about 125 at peak, this upcoming PS4 title came in at 150 staff members for its two-and-a-half year development cycle. He calls it “roughly similar,” and not so bad when you consider that a hardware transition has to be figured into the formula.

Hulst calls the cost between previous titles and this new one “quite comparable,” saying that it scales up to where they’re using a more people for art assets, tools, effects people, and coding. He added that it’s now about smarter development rather than bigger development.

Part of working smarter involves bi-weekly calls between Sony teams and other developers to talk about things like technical specifications, or how the hardware can be used.