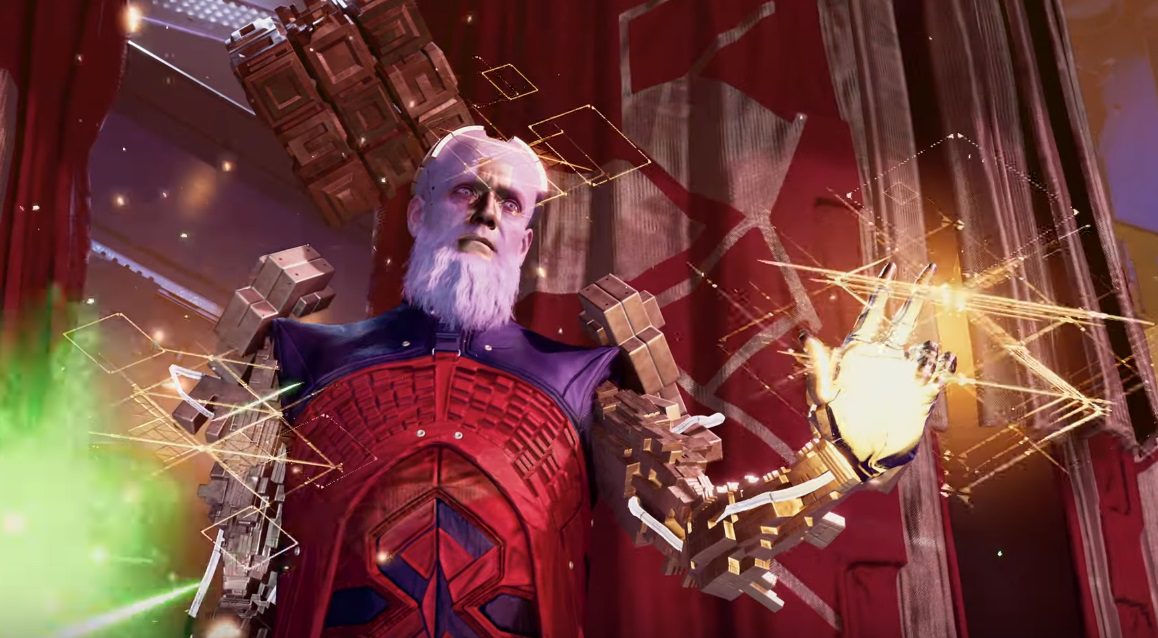 Submit to the Church of Truth

Square Enix has dropped a fresh cinematic for its upcoming comic-book adventure Marvel’s Guardians of the Galaxy, currently in development for PlayStation, PC, Xbox, and Nintendo Switch platforms. The new video spotlights one of the many villains our misfit rogues will battle while on their epic journey, the almighty Grand Unifier Raker.

Grand Unifier Raker — also known as Cardinal Raker — is the Head Cardinal of a sinister prophecy known as the Universal Church of Truth. Raker serves under the mysterious and all-powerful “Matriarch” who, (in the Guardians of the Galaxy comic) ordered the Guardians’ death following the destruction of a Church of Truth temple on one of their typically bombastic jaunts. Raker will blindly follow the Matriarch’s bidding, at any cost, thy will be done of the Church of Truth. “The Promise” must be kept.

The new cinematic does not offer much in the way of storytelling, and no gameplay whatsoever, but it seems more likely that Square Enix and developer Eidos Montreal are just demonstrating that the new game will remain true to the characters, events, and worlds of the Guardians of the Galaxy comic, rather than the recent movies, hopefully pleasing die-hard Marvel fans. I’m still not quite sold on this release myself, but I am intrigued and am looking forward to hearing more about the strange encounters that await our zero heroes in the future.

Marvel’s Guardians of the Galaxy launches October 26 on PS4, PS5, PC, Xbox One, Xbox Series X and Switch (via cloud).